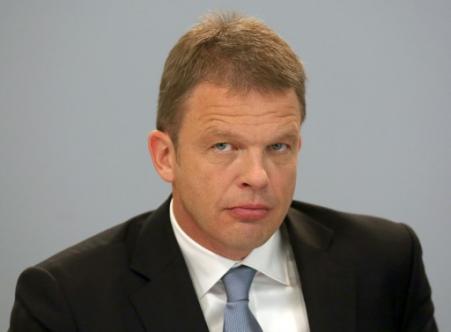 The first German bank Deutsche Bank (DE:DBKGn), facing financial difficulties, announced Sunday evening by the replacement of its CEO, the British John Cryan, one of his deputies, the German Christian Sewing.

“The supervisory board of Deutsche Bank has named Christian Sewing to the position of CEO with immediate effect, he will succeed John Cryan, who will leave the bank at the end of this month”, said the establishment francfortois in a press release.