Cree, Inc. (CREE) shares rose more than 8% in Wednesday’s session after JPMorgan upgraded the stock from Neutral and raised its price target from $40 to $60. Analyst Paul Coster believes that the Cries of the transition to electric vehicles (evs) and 5G capacity is merely delayed, not stopped, by COVID-19 short-term disruption. While the short-term prospects look quite poor” because of the decline of the EV demand, the analyst foresees a strong demand for Wolfspeed silicon carbide (SiC) material and power modules during the year 2023.

Last month, Cree reported revenues for the third quarter, which fell from 21.4% to $215.5 million d’, missing consensus estimates by$ 550,000, while non-GAAP net losses amounted to 14 cents per share, beating the consensus estimates by one cent. Management expects fourth-quarter revenue of $ 185 million to $ 215 million and a loss per share of $0.15 to$0.23.

Roth Capital has also raised its target price to $55 per share according to the financial results, saying that the Screams of the state as one of the main suppliers of SiC materials and devices used in battery electric vehicles (Bevs) gives him a large visibility in the rebound of growth after COVID-19. 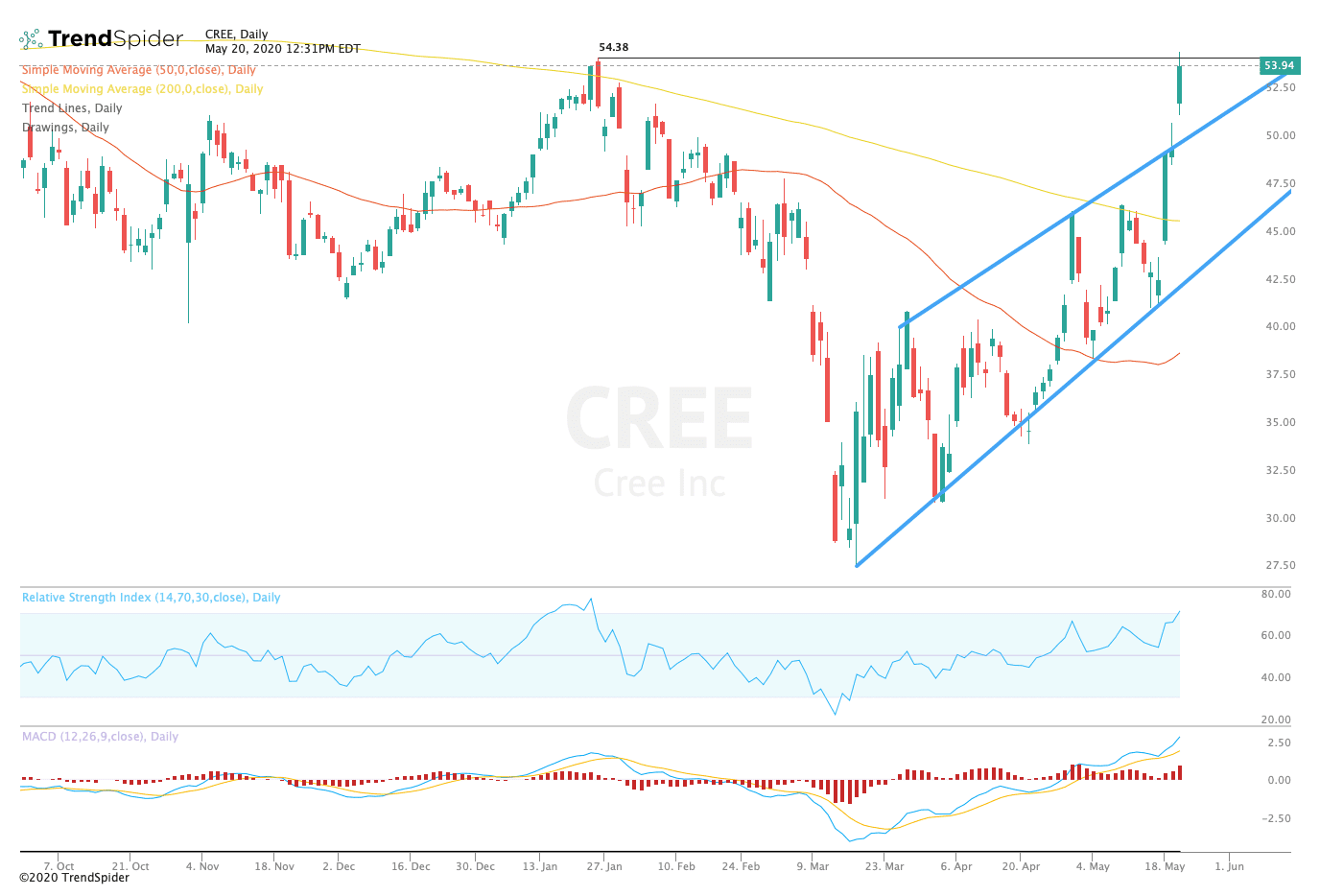 From a technical point of view, the stock broke out of trendline resistance to retest prior highs around $54.00 Wednesday of the session. The relative strength index (RSI) moved into overbought territory with a reading of 71.25, but the moving average convergence divergence (MACD) remains in a strong up trend. These indicators suggest a consolidation before a long-term move higher.

Traders should watch for a breakthrough of the front of the vertices of $54.00 before a period of consolidation. If the stock continues higher, traders could see a move to R2 resistance at $55.46 in the coming sessions. If the stock breaks down, operators could see a return of the price channel with a lower limit of close to $45.00, although the scenario seems less likely given the strong bullish momentum since mid-March.