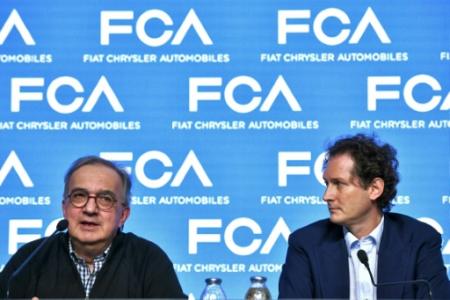 Seriously ill, the tenor of the Italian car industry Sergio Marchionne is giving its place to the commands of Fiat Chrysler (FCA) and Ferrari (NYSE:RACE), which, respectively, have appointed Saturday, the boss of Jeep, Mike Manley, and Philip Morris (NYSE:PM), Louis Carey Camilleri, to succeed him.

Mr Marchionne was also chairman of CNH Industrial, and will be replaced by the British Suzanne Wood, announced this last of the three groups controlled by the Agnelli family.

In a press release FCA announces “with deep sorrow, that during the week, Mr. Marchionne has suffered unexpected complications while he was recovering after an operation, which have seriously worsened in recent hours. Therefore, Mr. Marchionne will not be able to return to work”.

The directors of the three groups met in emergency on a Saturday afternoon to discuss the succession early.

Aged 66, Mr. Marchionne had undergone a surgical operation in June, officially to the right shoulder. His last public appearance dates back to the 27th of June, when this son of a carabiniere of Abruzzo has presented a jeep to the carabinieri of Rome.

The manager italo-canadian to eternal sweaters or polo shirts black, who had taken control of Fiat in 2004, planned to pass the reins of the FCA in the course of the year 2019.

In 14 years, it has profoundly reshaped the group, first by straightening Fiat, combined in 2014 to the u.s. Chrysler, by detaching a part of the activities of heavy equipment/trucks in 2011 to create CHN Industrial and on the other hand the crown jewel Ferrari in January 2016.

John Elkann, grandson of Gianni Agnelli and president and CEO of Exor, the family holding company that owns close to 30% of Fiat, 27% of CNH Industrial and 23 per cent of Ferrari, said he is “deeply sad”.

“This is a situation that was still unthinkable a few hours ago, and that leaves us all with a real sense of injustice. My thoughts go first to Sergio and his family,” he said in a press release from FCA.

– Jeep in the heart of the strategy –

It is, therefore, Mike Manley, discreet British 54 the CEO of Jeep and Ram (pick-ups and vans), which will be responsible to take up the slack.

According to Morgan Stanley (NYSE:MS), Jeep is expected to represent almost 70% of the profits of FCA this year.

And it is at the top of the brands “Premium” — with Alfa Romeo or Maserati — which are at the heart of the strategic plan 2018-2022 presented by Mr. Marchionne in early June, in parallel to the development of hybrid and electric cars.

“As the FCA is looking for a successor for some time, and that the successor participated in the development of the five year plan recently announced, the transition could be despite all that smooth,” said for AFP Stephanie Brinley, an expert automotive firm IHS Markit.

This transition could also be facilitated by the tone of the FCA, which has posted new record results in 2017 and has brought back the end of June to zero net debt-industrial — 7.7 billion euros at the end of 2014.

On the side of Ferrari as the financial results are more than satisfactory: the famous prancing horse brand, which voluntarily limits its production to maintain its exclusivity, carried out in 2017 with a turnover of 3,417 billion euro (+10%) and a net profit of 537 million euros (+34%).

The functions of Mr. Marchionne at Ferrari will now be split: John Elkann becomes chairman, while Louis Camilleri was appointed managing director.

Born in 1955 into a family of maltese in Alexandria (Egypt), Mr. Camilleri joined in 1978 at Philip Morris, and he is since 2002 the CEO of this group very closely linked to Ferrari through sponsorship of the Scuderia.

Since last year, he also finds himself often on the tabloids due to her connection with supermodel Naomi Campbell.