The Boeing Company (BA) shares fell nearly 10% during Thursday’s session amid ongoing concerns regarding the 737 MAX. While Boeing has plans of re-certification of flight later this month, the company sent a message that is contrary to the Spirit AeroSystems Holdings, Inc. (RPD) – a key supplier to the break in the work of production of four shipsets and avoid the start-up of production on the other 16 for 2020.

Investors are worried that production in 2020 could translate into an additional delay in the 737 MAX timeline, or at a slower pace than expected rate of births. In May, the delivery of four aircraft and received orders for the period of nine non-passenger aircraft. However, the company has also received 18 cancellations, with 14 cancellations for the 737 MAX.

In spite of these concerns, Susquehanna reiterated its Positive rating and raised its price target on Boeing shares from $175 to $240. Analyst Charles Minervino sees an early-stage recovery of commercial aviation, and of several catalysts for the stock, including the lifting of travel restrictions from the air and the re-certification of the 737 MAX in the next few months. 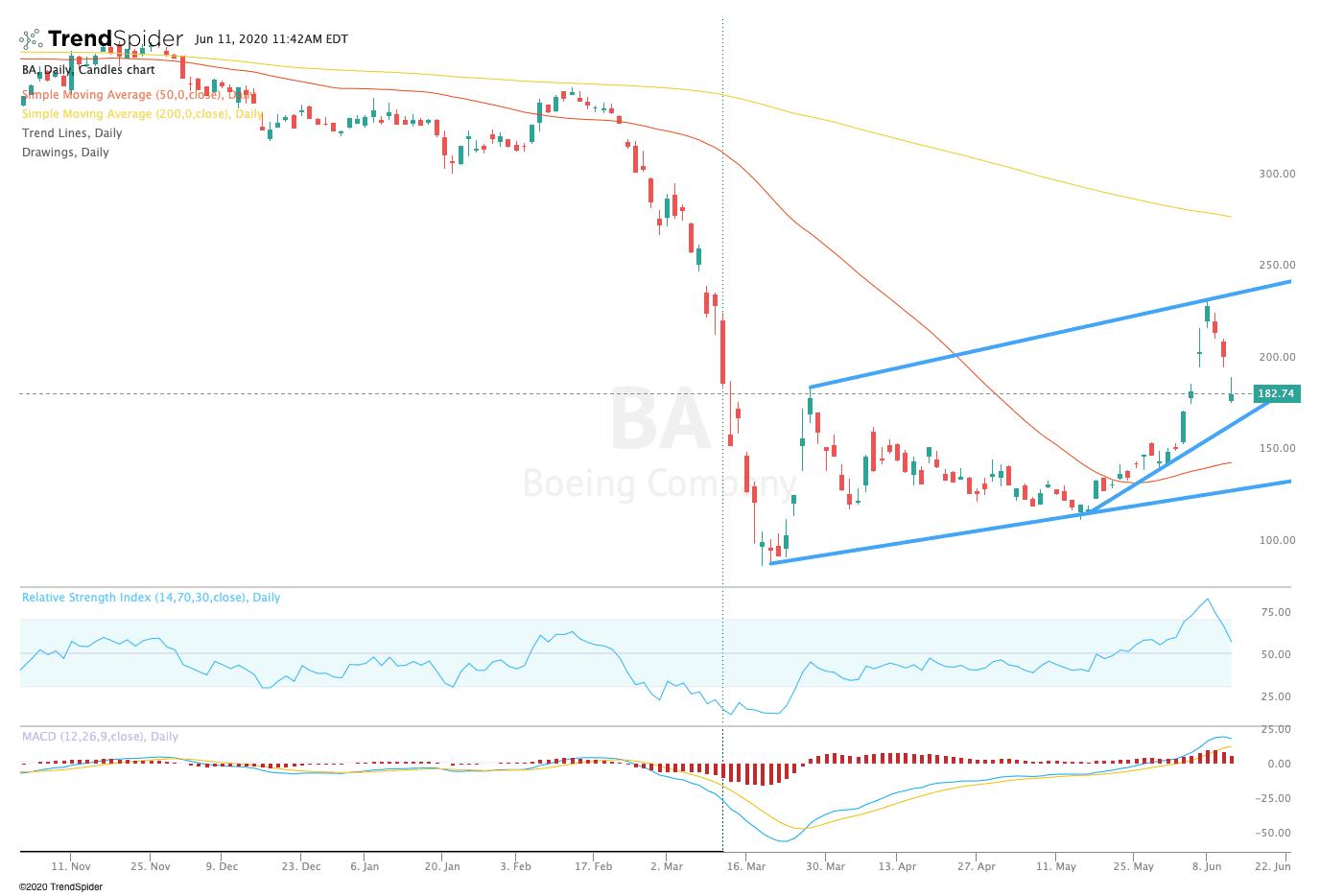 From a technical point of view, Boeing stock has fallen to trendline support at around $184.00. The relative strength index (RSI) fell to a moderate 57.16, and the bullish moving average convergence divergence (MACD) may have reached a peak in recent sessions. These indicators suggest that the stock could see a further decline in the coming sessions.

Traders should watch for a rebound from trendline support to retest prior highs of nearly $234.20 in the coming sessions. If the stock breaks down, traders should keep an eye on a move to the 50-day moving average at $145.44, or the first down to around $113.89 in the coming sessions. A lot of what price action will be driven by the announcement of the 737 MAX re-certification vol.