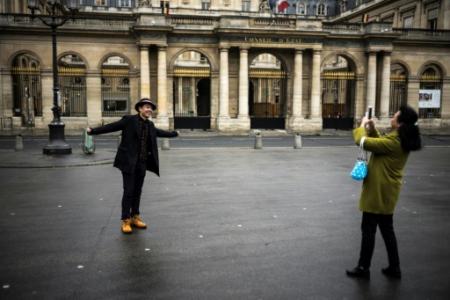 A man poses in front of the Council of State in Paris, on December 7, 2017 (Photo by LIONEL BONAVENTURE. AFP)

The State Council has approved Monday the cancellation by the administrative court for a temporary employment contract with JCDecaux (PA:JCDX), through its subsidiary Somupi, on the billboards in the City of Paris, which should then be quickly disassembled.

Somupi, a subsidiary of JCDecaux (66%) and Publicis (PA:PUBP) Group (34%), has “regretted the decision” in a statement, pointing to the fact that the City, pending a new award of the contract, “will be for the private channel, go-to information for citizens” and a “fee of several tens of millions of euros over 20 months”.

The State Council has recognized that”a public corporation may, when required by a reason of general interest relating to the continuity of public service, be exempt provisionally (…) of the rules of advertising and competition for the conclusion of a service concession”.

But, he adds, “given the great diversity of means of communication, electronically or in the form of display or magazine, which features the city of Paris, these are sufficient to ensure the continuity of public service of the municipal freedom of information in the event of interruption of the service of operating the street furniture information”.

At the beginning of December, the interim relief judge of the administrative court of Paris had annulled the procurement procedure for this contract considering that “the City of Paris could not derogate from its obligations of advertising and competition grounds of urgency, considerations of general interest or technical reasons”.

On 22 November, the Council of Paris had approved of this contract transient after the cancellation by the Council of State on 18 September of the reallocation to the group JCDecaux, through its subsidiary Somupi, the market of the billboards of Paris until 2022.

The market that included a part of panels with digital displays, had been cancelled for non-compliance with local regulations in the field of digital advertising.

As the previous contract was to terminate on 31 December, the executive parisian had found it necessary to vote on a contract “temporary” for a duration between 17 December 2017 and August 13, 2019, citing reasons of “continuity of service of the municipal freedom of information”.

In a press release, the City of Paris has indicated, without further comment, that a competitive process was underway that “will allow the resumption of the display municipal Urban Furniture Information later in the summer of 2019”.

The 1.630 advertising signs must be removed within two weeks, said the City.

The UDI-MoDem has denounced the “amateurism legal cost” by encrypting the”slate” to 78.3 million euros — in cash of the revenue potential of advertising — a “shortfall abyssal in a financial context where the indebtedness of the City does not cease to grow”.

Republicans have criticized “the stunning indifference of the mayor of Paris in a field, that of public procurement, which impose extreme austerity”, highlighting a shortfall of 40 million, “the equivalent of 1,000 places in day nurseries”.