This retailer of aftermarket auto parts and accessories offers spare parts that are generally less expensive than the brand-name products parts available at auto dealerships. The company has expanded its earnings per share (EPS) winning streak to 12 consecutive quarters. The stock has a P/E ratio of 17.88 and does not offer a dividend, according to the trends.

The daily chart for AutoZone 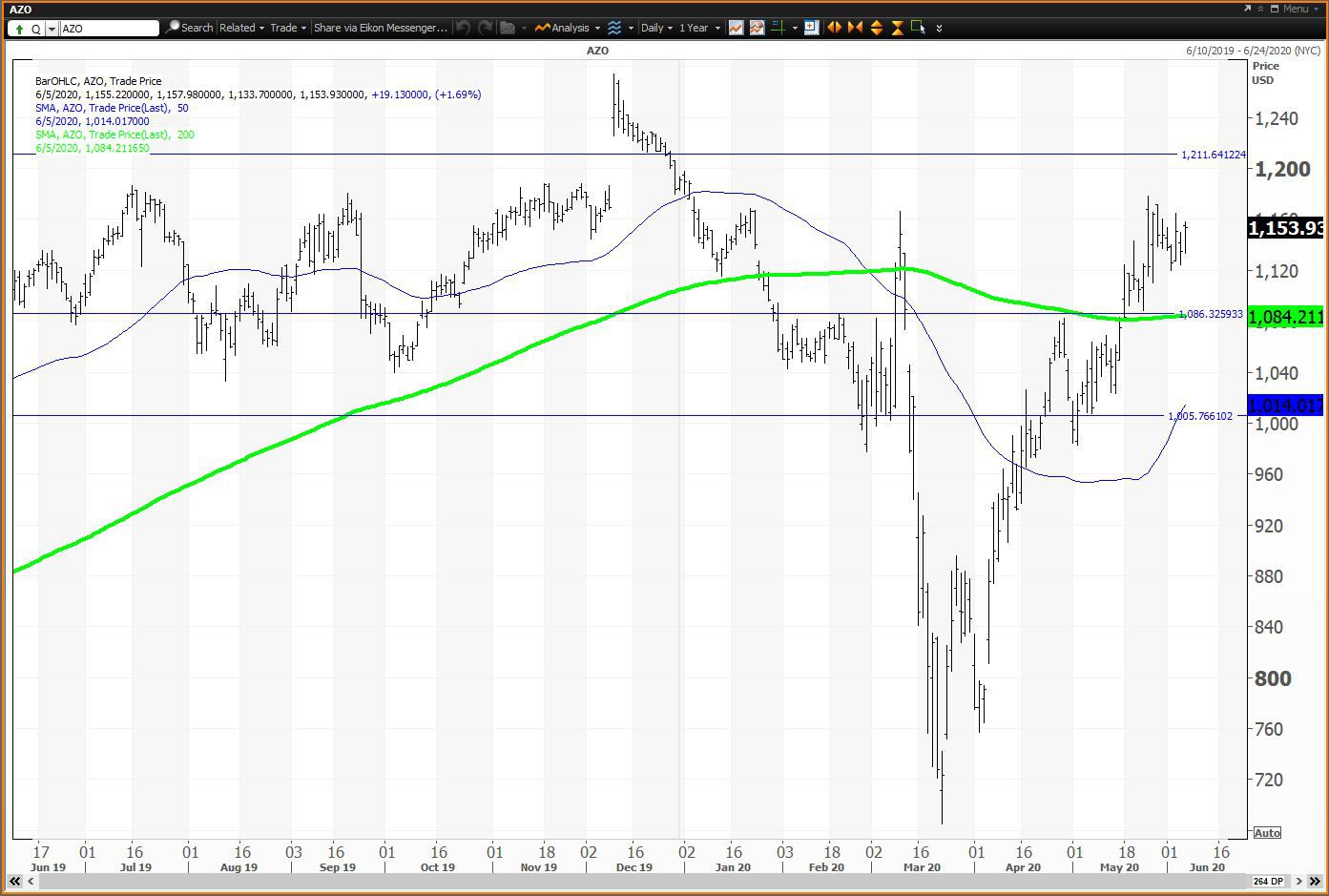 The weekly chart for AutoZone 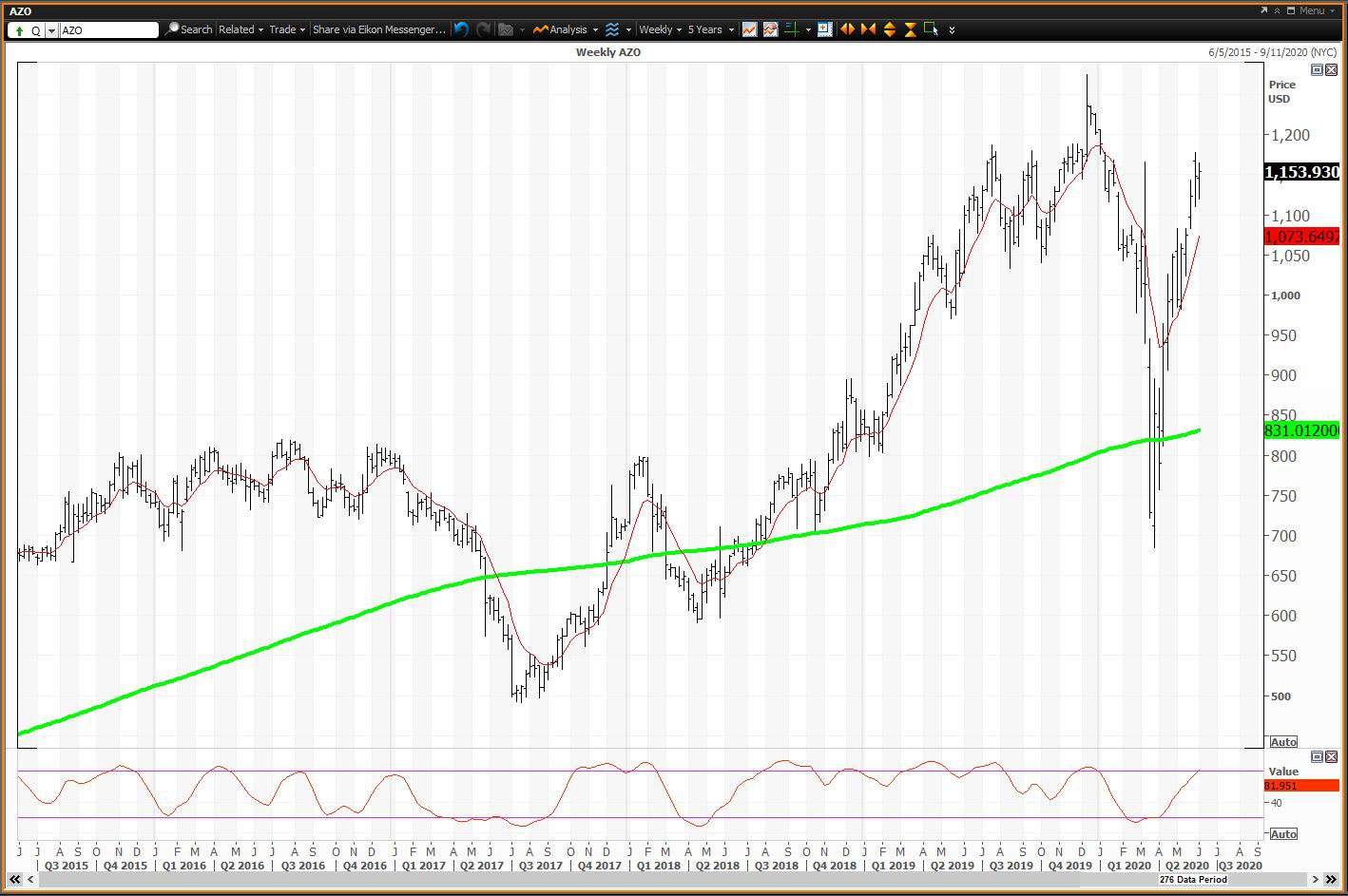