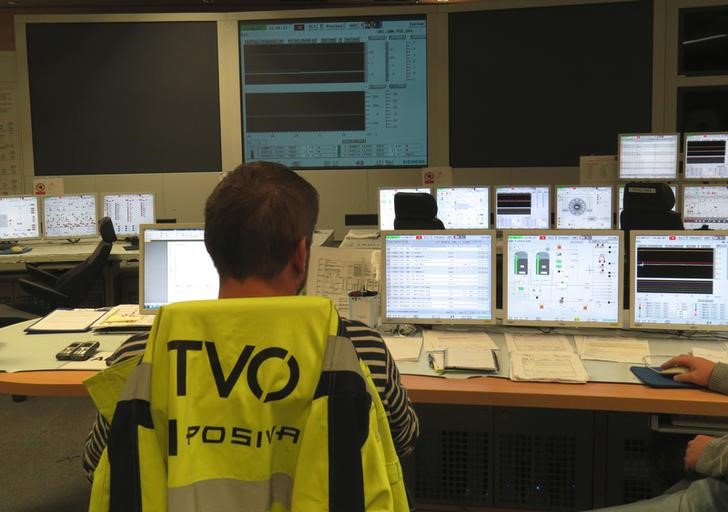 © Reuters. AGREEMENT BETWEEN AREVA AND TVO ON The EPR in FINLAND

PARIS (Reuters) – French nuclear group Areva (PA:AREVA) and its partner Siemens (DE:SIEGn) announced Sunday an agreement with Teollisuuden Voima Oyj (TVO), which provides 450 million euros of compensations in favour of the electrician, finns for the delays on the construction of the EPR reactor of the third generation at Olkiluoto.

This agreement puts an end to the international arbitration procedures undertaken by both parties, specify these in two separate releases.

This compromise, which balance, therefore, the whole of the dispute between Areva and its Finnish customer, has been hailed as “very good agreement” by the French group, which does not fulfill “that” 450 million euros.

“This is a lump sum of 450 million euros, which corresponds to the equivalent of three years of delay, as we deliver 10 years late,” said a spokesman for Areva.

The transaction is expected to be finalized by the end of march, according to a press release from the French consortium.

Areva claimed 3.4 billion euros of compensations to Finnish, and TVO 2.6 billion to the French.

“It is an agreement for a comprehensive settlement. It closes all the procedures. It closes the appeal of TVO to the Court of justice of the european Union, the tendering procedures and any future action against the restructuring of Areva”, said the spokesperson of Areva.

TVO specifies in a press release and expect a first settlement of € 328 million in respect of the compensation in march, and then a second settlement of $ 122 million euros to the completion of the EPR, or on 31 December 2019 at the latest.

The agreement is subject to suspensive clauses, which must be lifted by the end of the month.

The construction of the EPR reactor at Olkiluoto project (OL3), which has accumulated delays and cost overruns, was started in 2005 in Finland. The commissioning of the reactor was planned for 2009 but has been postponed to may 2019.

“In less than 18 months, OL3 will provide 1.650 MW to the electrical grid in finland, with the standards of nuclear safety the highest and zero CO2 emissions. The plant is designed for an operational life of sixty years,” said Philippe Soulié, chief executive officer of Areva SA, in a press release.

The Economy minister, Bruno Le Maire, welcomed in a statement “a decisive step” that “confirms the completion of the restructuring process of the nuclear French” and renewed his confidence to the leaders and to all of the teams of AREVA SA for “the successful completion of this major industrial project”.