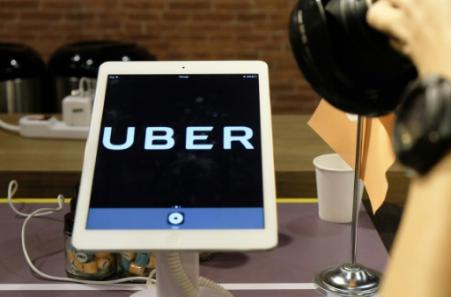 According to Uber, the sector VTC French ‘is going to run out of drivers’ starting in January (Photo by SAM YEH. AFP)

Uber warned Thursday that the French sector of car transportation with driver (VTC) was “lack of drivers” from January because of the entry into force of a law that will restrict access to the profession.

“There is a social emergency” is concerned about the ceo of Uber France, Steve Salom, who was interviewed on France Info, referring to drivers of status Loti (transit on demand) who are at risk of losing their jobs.

With the entry into force of the act Grandguillaume, they will not be able to circulate in agglomerations of over 100,000 inhabitants if they have not passed an exam or in the process of equivalence.

This law of December 2016 on the individual transport of persons aims in particular to counter the “diversion legal status of Loti, which was easier to obtain than that of VTC, and which platforms were used.

“When there are reviews with less than 20% success rate, it is extremely difficult for these people to be able to continue and say that they have a future”, noted Mr. Salom, calling for a “simplification” of the review.

A month ago, the minister of Transport Elizabeth Terminal had stated that the deadline of 31 December would not be a “drop-dead date”, leaving the door open to a respite of three months for drivers who have committed approaches.

This statement had caused new protests of drivers of VTC, who demanded the application of the law.

“There will be neither suspension of, or derogation”, a time-delay M. Salom, whose company is regularly the target of the anger of the VTC and users.

The representatives of the taxis and VTC (trade unions and platforms) must be received Friday by Mrs. Terminal, in order to achieve such a “step” on the application of the law Grandguillaume.

At the end of October, platforms VTC French had accused the ministry of “creating obstacles” to people wishing to obtain the status of a chauffeur VTC, referring to reviews in particular very difficult, and a delay in the processing of the records of the equivalence of the drivers in the prefecture.