3M Company (MMM) beat earnings per share estimates, on 28 July, but the stock gapped below its 50-day and 200-day simple moving averages (SMAs). 3M stock is then stabilized around its quarterly pivot at $152.54. Officially known as the Minnesota Mining and Manufacturing Company, 3M is a multinational conglomerate operating in the industrial sector, the safety of workers, the health and consumer goods sectors.

The stock is at a reasonable price, with a P/E ratio of 17.76 and a generous dividend yield of 3.91%. As a component of the Dow Jones Industrial average, this profile is the stock of one of the Dogs of the Dow for the year 2020.

The daily chart of 3M Company 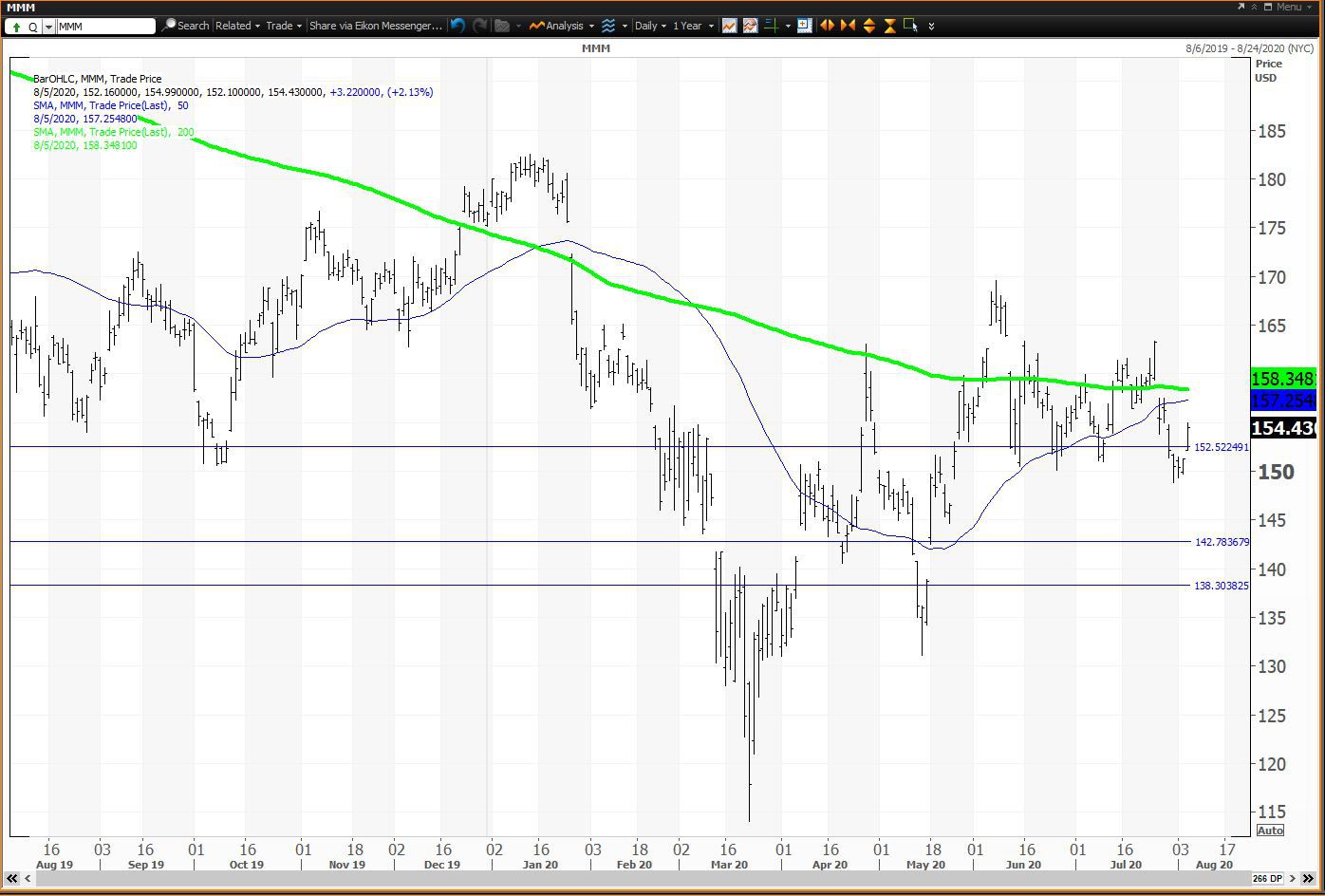 The weekly chart for the 3M Company 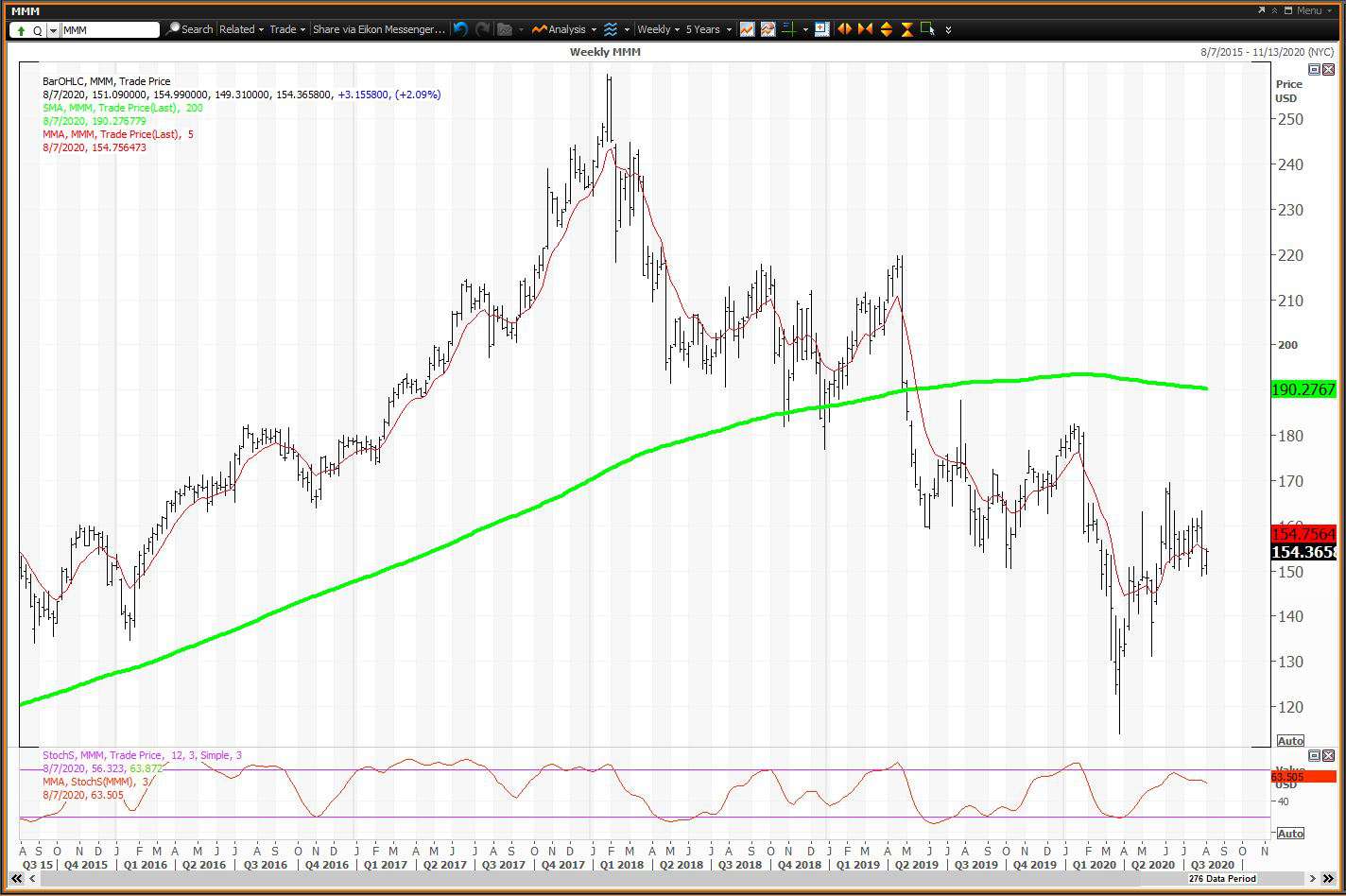