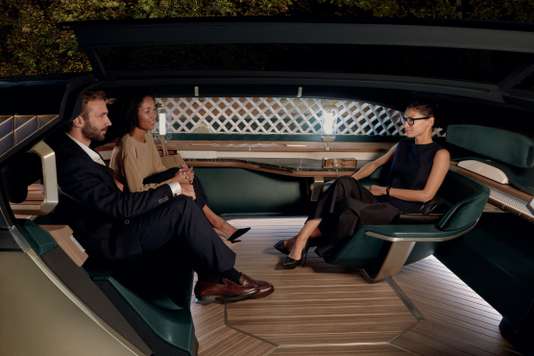 Presented by the design teams of Renault at the time as an “emotional vehicle” and a ” mobility premium “, the spacecraft completes the trilogy of robotic vehicles shared of tomorrow (and even the day after tomorrow). There were EZ-Go, a super-collective taxi without the driver presented at the Geneva motor Show in march, and then EZ-Pro, delivery vehicle or a mobile commerce (type ” food truck “) without a driver, unveiled on 19 September. The three concepts are now side-by-side on the Renault stand at the Mondial de l’automobile.