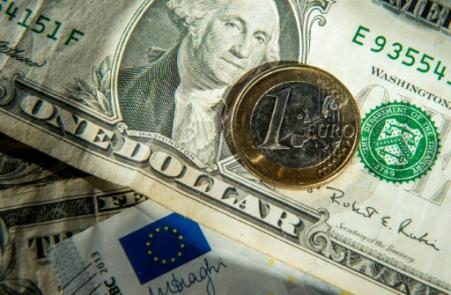 The euro to new heights in three years against the dollar (Photo PHILIPPE HUGUEN. AFP)

The euro continued its ascent against the dollar on Monday, climbing to fresh highs in a little over three years old, still covered by a renewed optimism policy in Germany and monetary policy in euro area.

The european single currency climbed also in the face of the japanese currency, to 135,74 yen for the euro against 135,43 yen on Friday.

Since the end of last week, “the euro is supported by expectations of a tightening earlier than expected monetary policy of the ECB”, european central Bank opening the same the way for a possible rate hike as early as this summer, said Konstantinos Anthis, an analyst at ADS Securities.

According to the minutes of the last monetary policy meeting of the european institution published Thursday, if the euro area economy continues to grow and that inflation continued to move towards the target level of 2%, the governing Council may “review early” in 2018 the elements of language related to its position and its expectations regarding monetary policy.

In addition, “on the political level, the coalition between (German chancellor) Angela Merkel and the social democrats (SPD) has been a high relief, nearly four months after the elections in Germany,” noted Hussein Sayed, an analyst at FXTM.

But one can wonder if the euro will reach to sustain its gains, warned Mr. Anthis.

“Obviously, the progress on the financial plan in euro area justifies a strong euro and at the same time the dollar does not find support”, but “we believe that the increase in the price was a bit excessive and even if the single currency is likely to see a significant appreciation this year”, she’s going to need to quickly correct the situation by lowering down a little, continued the analyst.

“It is necessary to keep in mind the fact that the ECB is not going to be thrilled to see the progress (of the euro) above 1.22 dollar as it undermines the growth potential of the euro area”, by making the region’s exports more expensive for its external business partners, explained Mr. Anthis.

But for the moment, the euro continued to take advantage of the weakness of the dollar, especially as trade volumes are expected to remain low on Monday due to the absence of many traders us due to a bank holiday Monday in the United States to the memory of Martin Luther King.

Even if the u.s. federal Reserve (Fed) is expected to continue to tighten its monetary policy this year, it could be joined by the ECB, or even act at a slower pace than the other major central banks, which weighs on the dollar, especially as the next actions of the Fed seem to already partly integrated into the course, said Fawad Razaqzada, an analyst at Forex.com.

Around 14: 00 GMT, the british pound declined in the face of the single european currency, to 89,06 pence for a euro, but was rising against the greenback, 1,3785 dollar for a pound, climbing to 10: 30AM GMT to 1,3820 dollar, the highest since the end of June 2016 and the announcement of the British decision to leave the european Union (EU).

The pound sterling is benefiting these last few days ebbing fears to see the United Kingdom move towards “Brexit” without concessions.

The currency in switzerland rose slightly against the euro, with eur 1.1797 at the swiss franc for one euro, after reaching out to 05H15 GMT 1,1819 franc, its lowest level in three years. The swiss currency appreciated against the u.s. currency, 0,9608 franc for a dollar, reaching even to 10: 25 AM GMT 0,9606 franc, its strongest in four months.