In 2005, when the first fruits of the adventure have been established, the aviation was just beginning to pose a question until then premature: what to do with devices that were just beginning to reach the end of their life? It is a call for tenders of the european Union (Life Environment) that had prompted the two companies, until then evolving in a universe far away, to bring together their complementary skills to address this challenge jointly, around the project Pamela (Process for advanced management of end-of-life of aircraft). Two years later, the success of the formula was certified by the announcement of the creation of Tarmac Aerosave, a company bringing together Airbus, Sita, and -initially with a minority share – Saffron around a new profession: the deconstruction of civil and military aircraft. With its 200 jobs for 42 million turnover, Tarmac Aerosave is today a growing company whose business model fully exploits the complementary nature of its founding shareholders.

To compensate for the low return on investment activities -complex, but for the production of waste – dismantling of the equipment, from the beginning of its operations in 2009 the company has chosen to associate its offer of solutions end-of-life services that are complementary and more profitable: in particular the storage and maintenance of aircraft removed from flight in expectation of a transfer of ownership, due to a decrease in dating, because of a default in the payment of the operator etc, In 2017, Tarmac Aerosave has made his main activity and his iron spear. Of the 450 had hosted since 2007 -an average of over six months, “most of them are kept in flying conditions by authorised methods,” says the company, 80% of the turnover comes from the storage and the maintenance. It boasts the largest storage capacity in Europe: 250 aircraft can find their place on the two sites. 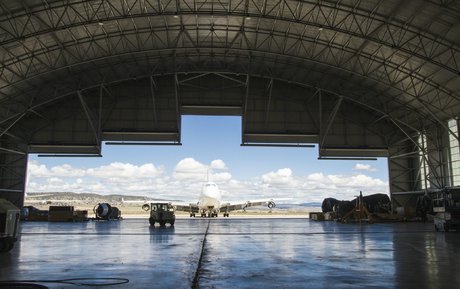 A thousand attachments in your device

About 20% of the activity consisting in the dismantling -that is aircraft whose average age is 21 years and the majority still able to fly, but whose maintenance has become economically disadvantageous, it also involves two distinct services that optimize the business model of the company. Before being cut, the plane is emptied of all its equipment-a thousand per device – that can be resold on the market of spare parts for maintenance other devices: motors, enclosures, electronic, wheels, brakes, cabin etc Complex, as close to technically maintenance, this provision is, however, valuable to clients of Tarmac Aerosave, ‘since these parts represent 90% of the value of the aircraft being dismantled”, says the director of development Pierre Bonnichon. “Inventoried in real time, recertifiées if necessary, also stored on-site, they will be sold directly by the owner of the plane,” says the technical director Gregory Beyneix. Thanks to the synergies developed with Saffron -which today is a shareholder of the company to a third party such as Airbus and Suez, in the site of Tarbes this offer now extends to the recovery of engines: 85 there have already been recycled.

This is so that once the plane completely gutted that the deconstruction process begins, and that its carcass becomes legally a “waste,” belonging to Tarnac Aerosave, subject to the environmental legislation and no more of aeronautics. The value added of Tarmac Aerosave compared to its competitors is based mainly on a recycling rate of 92%, as well as on the exemplarity of the processes used, highlights Gregory Beyneix: seal to capture any discharge, a die-cutting machine, cold-cable-diamond patented by the company, orientation of the various recovered materials (aluminium, plastic etc) to the recycling near you-the more far away in Belgium or in Italy, ensures the company. In ten years, 125 aircraft have been deconstructed, with 75% of Airbus A340 dismantled in the world. 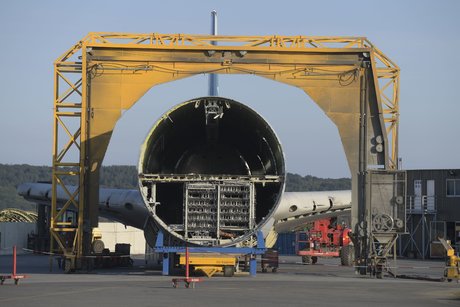 Far from competing, these activities are growing today, and is destined to continue to grow, in parallel, by drawing a horizon much more pink to Tarmac Aerosave. While Airbus and Boeing anticipate a doubling of the world fleet in 2035, the needs for maintenance and storage are also destined to increase. The arrival at the end of life of part of the aircraft today in service, coupled with the need to reduce energy consumption, for reasons both economic and environmental, will also have a significant impact on the number of aircraft removed from flight each year, from around 500 in 2017 are projected to increase to one thousand in twenty years.

Projects in Europe and Asia

Tarmac Aerosave, which currently occupies about 10% of the world market, account so surf the wave. “We’re going to try to go where the growth is greatest,” says the president of the company, Philippe Fournadet, notably Asia, but also various european countries. The company also hopes to expand the profitability of its business in the revaluation terms in particular by developing the capacity to recycle a material with very high added value: the carbon composite, who, being now between 20 and 30% of the weight of the new aircraft, expected to represent a significant deposit in their twenties, with uncorked interesting especially in the automotive industry. A process is currently being tested by Suez in partnership with a startup company. In the meantime, Tarmac Aerosave continues to develop in France: on the occasion of its 10th anniversary, the company has just offered its third site: a hangar of 5,000 square meters at the airport of Toulouse-Francazal, which will enable him to better respond to the growing storage needs of the region Midi-Pyrénées, and bring to a 20,000 square meters of the total surface area of its hangars.