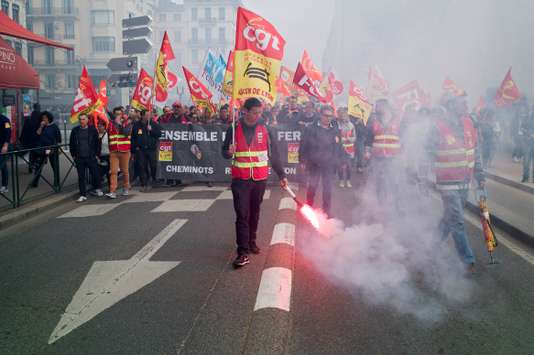 The intersyndicale CGT-UNSA-CFDT-SOUTH of the SNCF, decided to ” collectively suspend “, Thursday, 19 April, its participation in the consultation with the minister of transport, Elizabeth Terminal.

These four representative trade unions of the railway company will send a letter to the prime minister’s office to ask to be received by the prime minister, Edouard Philippe, announced Lawrence Brown, general secretary of the CGT-Cheminots. It is, ” it seems, to him who takes all decisions regarding the evolution of the situation “, he justified.