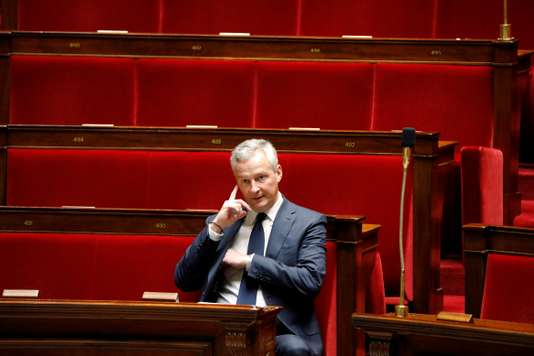 Who is going to pay ? And how much ? The negotiations are going well between the State and the companies concerning the reimbursement of the tax to 3 % on dividends. A priori, it is self-evident : this is a contribution imposed by the government Ayrault in 2012, was censured by the constitutional Council in early October. It is therefore up to the State to reimburse the companies that were unduly paid this tax since 2013 (13 of them account for half of the total amount, 55 two-thirds). But, for a government committed to the restoration of the financial credibility of France in Europe, this bill is unexpectedly approximately 10-billion-euro falls badly, very badly. What is at stake is nothing less than the ability of countries to maintain a public deficit of 2.9% of GDP in 2017, and 2.6 % of GDP in 2018.

Then who ? “There is no question that the companies pay for the dysfunction of the State, prevents the Medef. This is what Pierre Gattaz said Bruno Le Maire, Monday, and we don’t move for the moment. “One way to respond to the appeal launched by the minister of the economy, the next morning on Tuesday on Europe 1 : after receiving the president of the Medef, Bruno Le Maire has appealed to the fibre-patriotic of the big bosses, asking them to share the burden.

“The companies, said the minister of the economy, are aware that this is not only a tax problem. It is a national issue. If we do not refund these eur 10 billion, if we don’t show very quickly with our european partners how we refund, you don’t come out of the excessive deficit procedure. It is again the ban of Europe. “A little later, The Mayor was pressed on the nail :” I appeal to their sense of civic pride. “

Bercy is currently working to find a solution that can win the support of the CAC 40, but the minister has already laid down the principle :…