Japan’s prime minister Shinzo Abe has announced his coalition partners that he plans to dissolve parliament on september 28 and announce a new election.

It stated koalitionspartnern Komeitos leader Natsuo Yamaguchi on Monday, according to Bloomberg News.

He said that he understood that the elections to be held on 22 October.

An official announcement is expected by Abe at 18 local time.

Shinzo Abe and his government have been strengthened in the opinion polls and it has for some time been evidence that Abe will take the opportunity to trigger new elections. 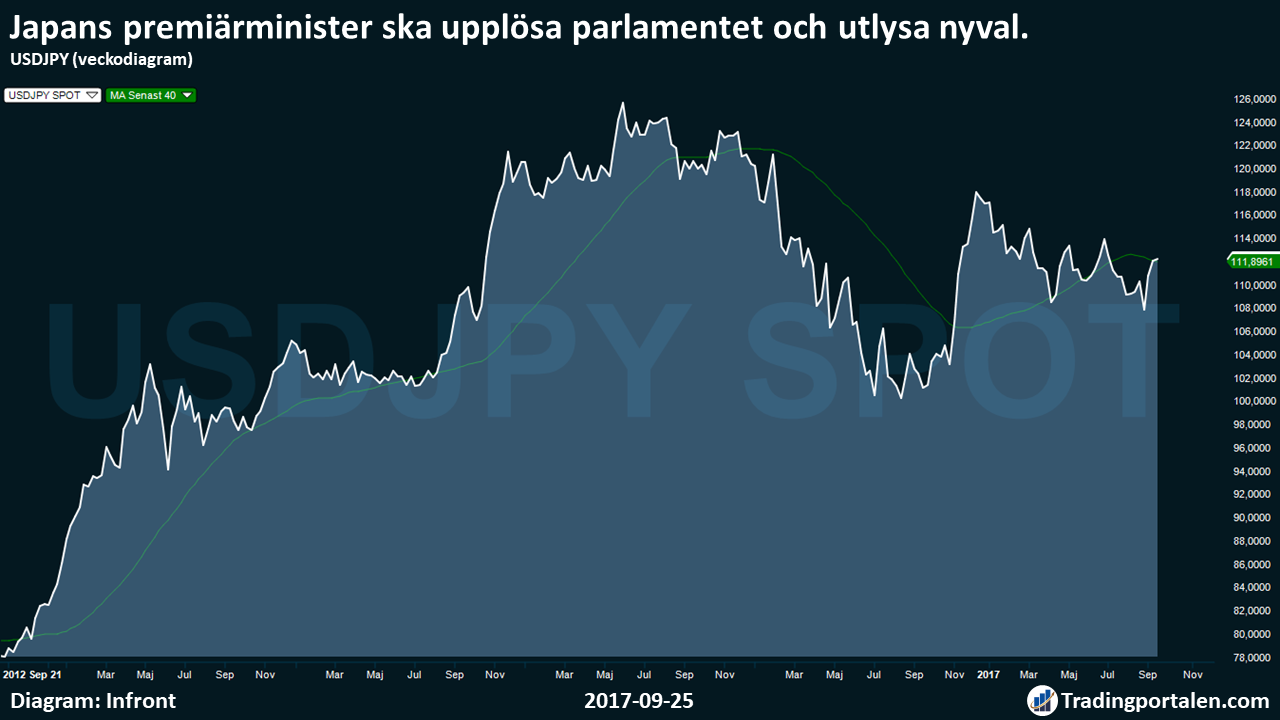