Fewer voters believe in a government led by the Conservatives after the election next year and the pessimism among liberal voters is widespread.

It shows Ipsos väljarbarometer, which was published in the daily News on Friday.

Bara three out of ten conservative voters think the M-led government after the next election, which is the lowest value during the term of office. A year ago, the proportion was 48 per cent.

The three red-green partierna get together 40.0 per cent of the votes cast while the four ruling coalition parties had agreed gets 38.0 percent. The sweden democrats may 18.0 per cent.

The survey was conducted during the period from 7 to 18 september. 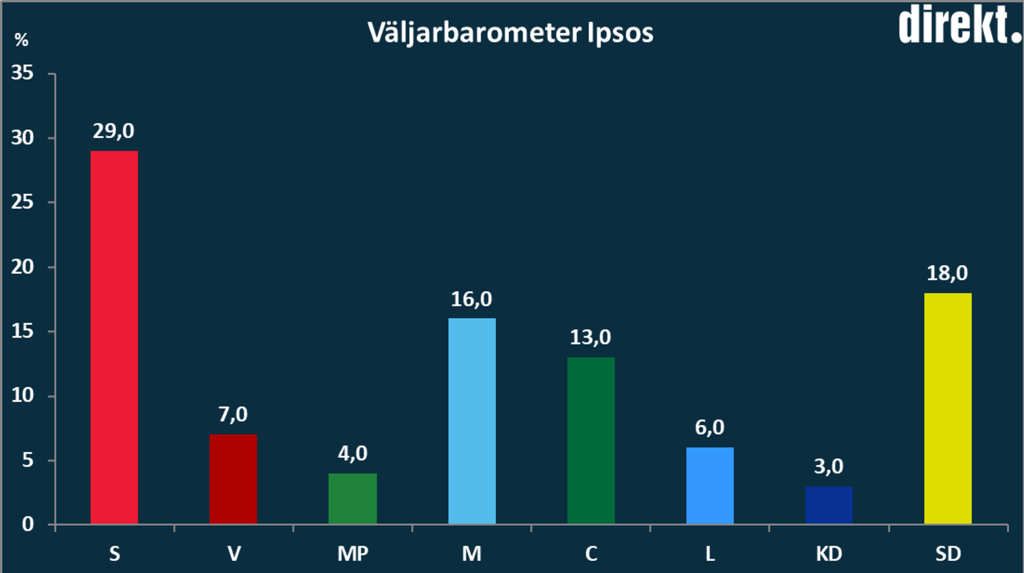