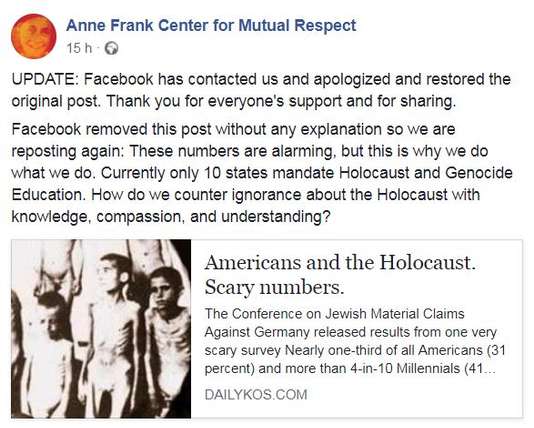 “Hello Facebook, you have removed our post on the necessity of teaching the Holocaust, because apparently, this violates your rules. “Wednesday, August 29, the Anne Frank Center for Mutual Respect, an american organization dedicated to the fight against racism and anti-semitism, has published on Twitter the message to be upset.

In question : the removal by Facebook, two days earlier, a message in which the center reported a study on the unawareness of Americans about the Holocaust, the extermination of the jews of Europe. This message was accompanied by a period photo, which shows naked children victims of the concentration camps.