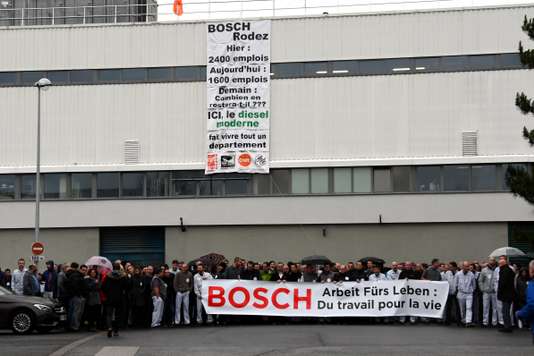 At the end of bitter negotiations that opened up two months ago, the management and the four trade unions of the factory Bosch Rodez (Aveyron) signed, on Friday, 23rd of march, a memorandum of agreement for a new industrial project, covering the period from 2018-2021, with guarantees of production volumes. For the past two years, this factory specializes in the manufacture of components for diesel engines is being undermined by the continued fall in sales of diesel vehicles.

The agreement comes after a week of paralysis of the site, which employs 1,600 staff. On Wednesday, the arrival of Jean-Pierre Floris, the inter-ministerial delegate to the company restructuring, has helped to expedite the negotiations. Friday, the general assembly on the site of Onet-le-Château has voted to stop the blockades, and the resumption of work, at the request of the intersyndicale.