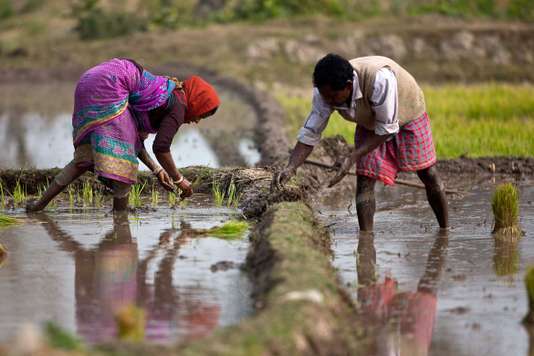 The indian government has unveiled on Thursday, February 1st, an annual budget dedicated to the development of rural areas in a country hit by the agricultural crisis. The minister of finance, Arun Jaitley, has promised to the farmers, ” they would receive 1.5 times the price of the production of their commodities “. A promise that was already included in the program of the people’s Party of india (BJP ; hindu nationalist) in 2014, but that had never been implemented.

Based on the fact that the malay peasant goes well beyond the farming crisis, Mr Jaitley has favoured investments in rural infrastructure. He announced the construction of 50,000 km of roads for opening up remote villages. He reiterated the government’s promise of connecting 40 million households to electricity and subsidize the sale of gas cylinders to replace the cooking with charcoal, whose toxic fumes cause the premature death of millions of women.

Rural people make up the majority of the 10 million Indians who, each year, are falling below the poverty threshold when they should be treated. The sick often have a choice between public hospitals, decrepit, where there is corruption, and private clinics for expensive treatments. Mr. Jaitley has promised to implement a health coverage annual of 500 000 rupees (6 270 euros) per year for 100 million families.

“The promises rather than the balance sheet ”

But, in his budget, he has allocated 250 million euros in this ambitious project, which is expected to cost billions of euros. “It is striking that, in the agricultural sector, a government which is in its fourth year in office on promises rather than on its balance sheet,” stressed the former president of the think-tank Centre for Policy Research, Pratap Bhanu Mehta, in the columns of the daily newspaper The Indian Express. Despite this series of ads…