Hello. Below are a few recommendations for trading in the Forex market on 13.10.2017

EURUSD turned a bit before reaching the level 1,19000 and formed a inside bar. Probably the correction will be finished and will fall proclaim developing down trend. consider there sales.

On a pair USDCAD stopped at 1,24500 and formed a pattern Doji.Likely correction to a previously punched level over and continue growth. Consider purchase here.

EURJPY failed to move above 133,500 and bounced formed a pattern of Rails. The price for a long time moving in a narrow sideways and then from deals until the refrain. Let’s wait for more clear situation and will look for Price Action signals.

On the pair EURNZD has formed a pattern of Absorption at the level of 1.6700. Will probably continue to fall korrektiruete after a good growth. Sales here do not consider, as they are against the trend. 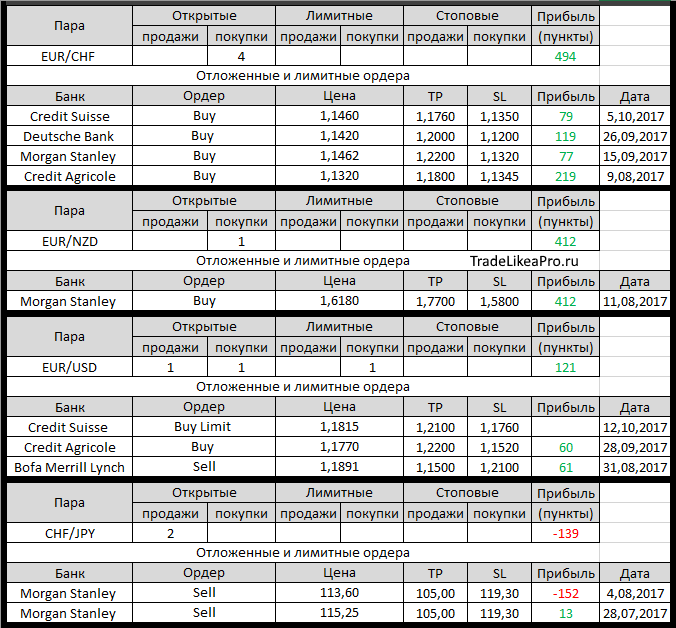 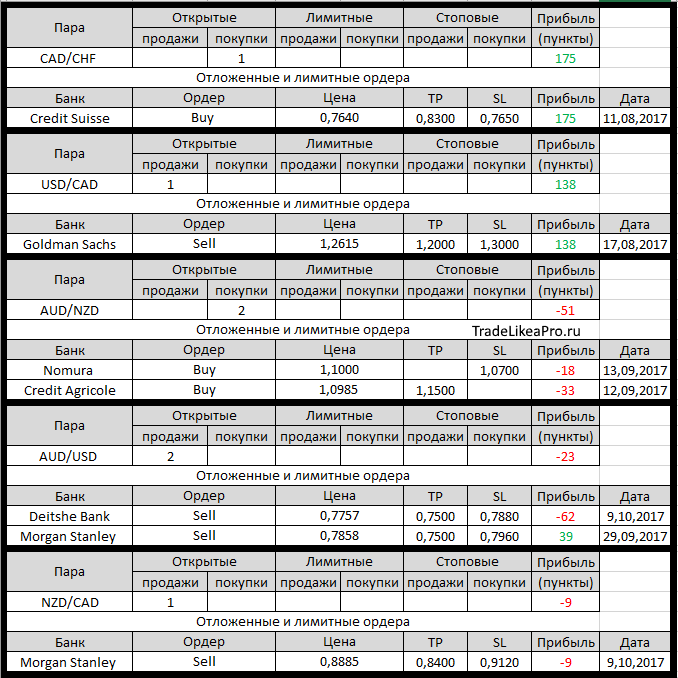 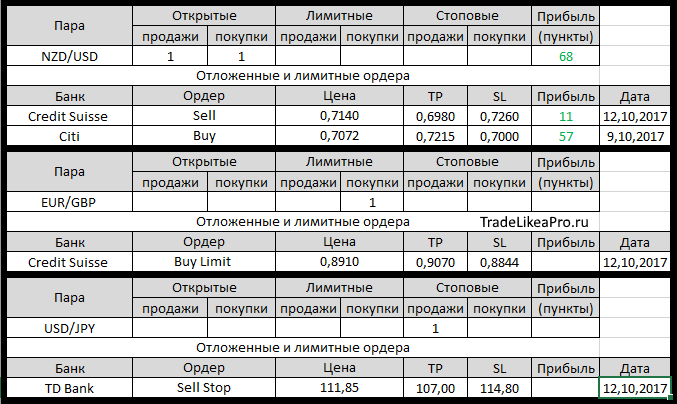 Asian indices moved further, beyond the 10-year highs today, pending a more vibrant global growth, and despite lackluster US economic data. However, reports on retail sales and consumer prices, which will be published later today, can strengthen the prospects for economic growth of the United States.

The widest selections in the region, the MSCI index rose by 0.23%, and managed to add 3.7% this month. Japan’s Nikkei jumped by 1.0% to 21-year high, while shares on wall street slightly weakened earlier on Thursday after the telecommunications company AT&T reported a decline in the number of cable TV subscribers. At the same time, the broad MSCI, covering 47 of the world stock exchanges reached a record level and managed to increase by 17% this year.

On the currency markets, USD continues to weaken and is trading below all major competitors, losing 0.2% against the JPY, as the yield of Treasury bonds, has apparently reached the peak value at the moment — in anticipation of the next meeting of the Federal reserve, where officials still differ in their assessments of inflation prospects in the USA. However, later in the day, as expected, data on consumer prices and retail sales will bring additional clarity to this issue.

European shares are trading flat today, despite fresh highs in Asia earlier on wall street, and largely because of the financial stocks that led the downtrend throughout the continent. At the same time, the risks associated with the political crisis in Spain has softened, but some investors still fear a renewal of tensions between Barcelona and Madrid.

In currency markets the EUR has strengthened by 0.09% against the USD by 0.05% against the CHF, but is below all other major competitors. GBP is the leader among the major currencies today, increasing by 0.3% against the us dollar and 0.25% against the EUR. Financial stocks determined the downtrend as some European stock indices and the single currency as a whole, euroskeptic sentiment, resumed the Catalan crisis continues to worry investors, despite the fact that the principal risks associated with non-legal initiatives of the region retreated.