Hello. Below are a few recommendations for trading in the Forex market on 23.01.2018

On GBPJPY pair formed a pattern of Absorption above the level 153,30. Probably a small correction is over and continue growth further. consider here the purchase order 158,50 and above.

On a pair USDCAD continued to move across the level 1,2400 and formed a inside bar. The movement happens within range, so that transactions do not see here. Your trading decisions will be taken after the out of bounds sideways. 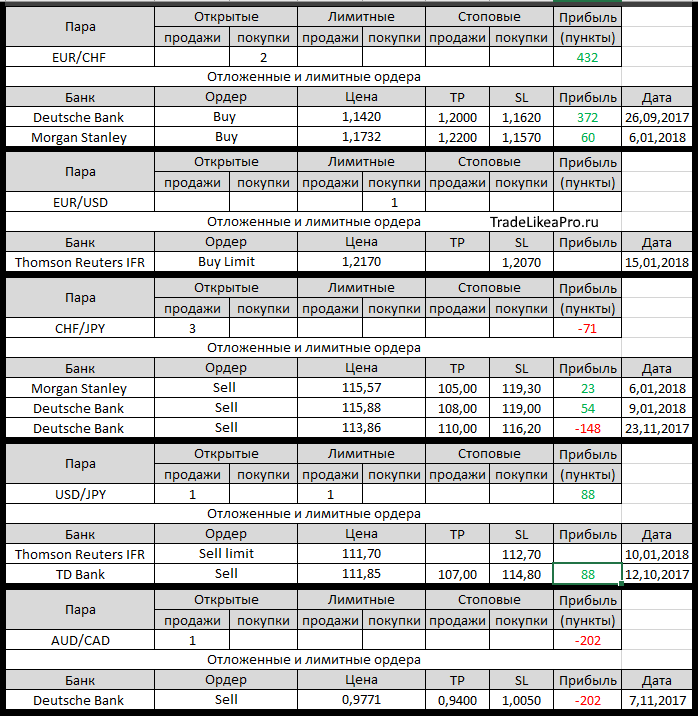 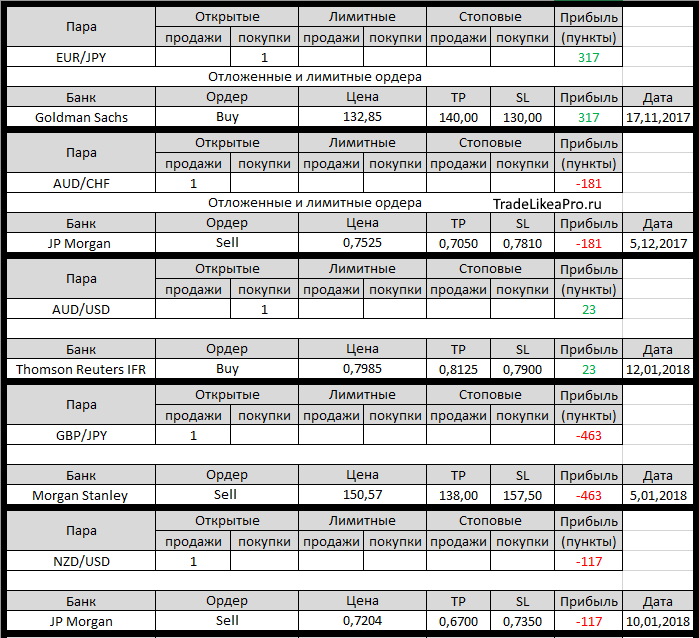 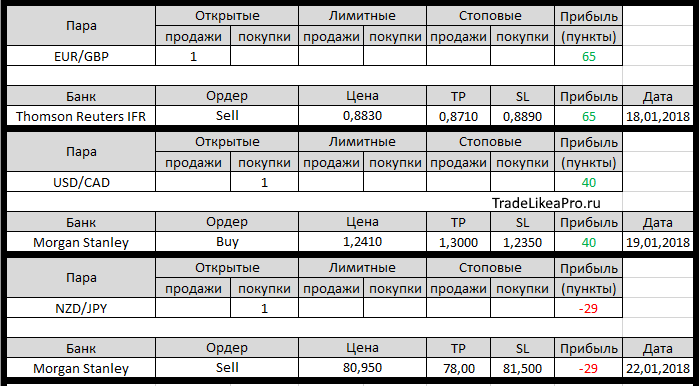 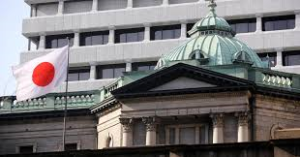 Asian stocks advanced today after U.S. senators came to term agreements in order to put an end to a three-day government shutdown. Major indexes in wall street profits record highs. The U.S. dollar fell against the yen as the Bank of Japan supported the policy of stability.

Consolidated MSCI-index for Asia Pacific rose 0.7% to record highs. Australia’s S&P/ASX 200 added 0.7%, while South Korea’s KOSPI gained 1%. The Nikkei in Japan rose by 1.1%. Short-term closure of the US government has brought only a slight decline on the stock markets and wall street once again broke record highs.

On currency markets the dollar was down 0.33% to 110.550 before the JPY has lost 0.1 percent on Monday to 110.775. In the framework of the widely expected decision, the BOJ kept rates at -0.1%, and promised to hold a 10-year bond yields near 0%. Inflation in Japan, meanwhile, shows the sideways movement in recent months.

Peripheral action on the continent dominated amid rising bonds in Greece and Spain, as well as the news that the conservatives and Democrats in Germany have agreed to hold formal talks on the creation of a great coalition.

EUR drifted in the flat at the level 1.2256 after added 0.3 percent. The common currency traded within a three-year high of 1.2323 USD from Wednesday. The Euro rose in anticipation of the outcome of the ECB meeting on Thursday, which can indicate the prospects of changes in monetary policy of the Central Bank.