Hello. The market is still in a correction and perhaps a reversal in EURUSD so that everyone waiting, and below look interesting to trade 12.09.2017

11:30 UK. The consumer price index
17:00 USA. The number of open vacancies on the labour market

On GBPUSD failed to update the highs and bounced formed a pattern of Internal bar. I think that the movement correction, after a good growth. Sales here do not consider, as they are against the trend. 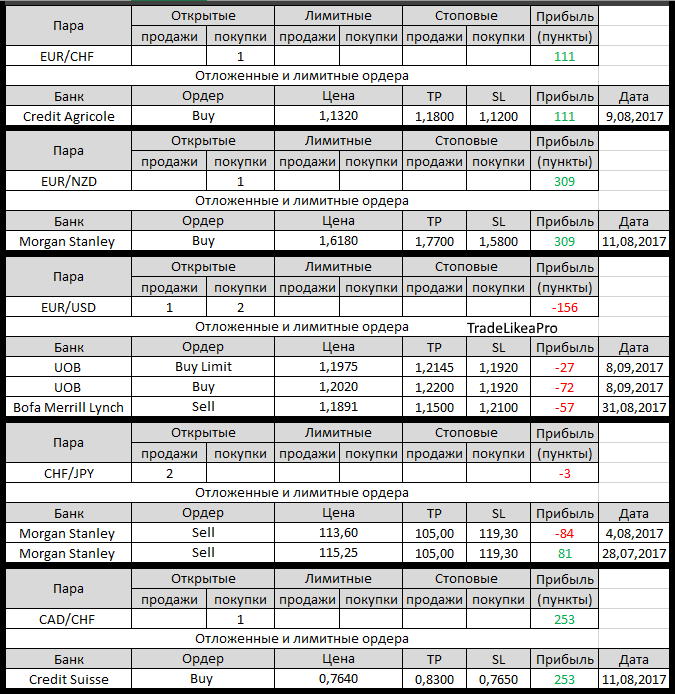 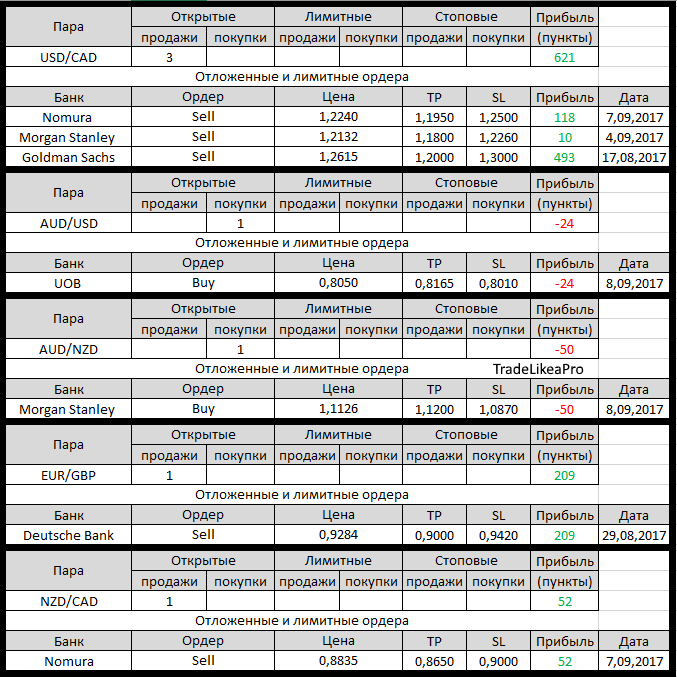 Asian stocks hit 10-year high today, as investors intensified due to the lack of short-term risks from North Korea, as well as against the background of less devastating effects from hurricane “Irma” than expected by some economists.

The widest index of MSCI’s Asia-Pacific grew by 0.2% and reached the highest level since late 2007. Japan’s Nikkei gained 1.0%. On wall street Monday, the S&P 500 index rose more than 1% to a record high on the 2488, while MSCI’s broadest-World, covering 47 of the global markets also reached a new record level, an increase of 1.5%.

Assets such as U.S. treasuries and gold retreated a little down amid renewed risk appetite. USD rebounded to JPY 109.35, increasing the gap with the 10-month minimum at 107.32 reached on Friday. The surge in bond yields in the US earlier also contributed to the increase in USD and the trend may strengthen if today’s data from the labor market will meet the expectations of economists.

European stocks opened the week on a strong note as global traders returned to risk appetite, as stronger-than-expected indicators of activity of the industrial sector in Italy and the reduction of trade currency, supported by the necessary background in Economics and currency markets.

In currency markets the EUR was added 0.56% to USD 1.1966 after a member of the governing Council of the ECB, Benoit coeure, said that the steady growth in the trading of a single currency can lead to lower inflation risks, caused by “exogenous” shocks. In the aftermath of last meeting the ECB officials EUR has gained a solid potential for medium-term growth, after the Central Bank Chairman Mario Draghi announced plans to begin the reduction of QE next month.