Hello. Below are a few recommendations for trading in the Forex market on 12.02.2018 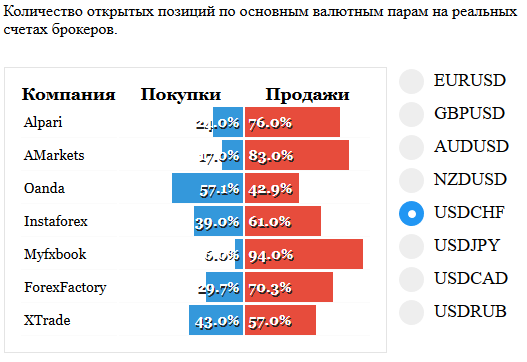 On USDCHF gathered sellers on the 1.0000 and sharply went up to 1,01000. The pattern of Absorption of course it’s not beautiful, but I think you should wait for the continue growth and development of the trend up. You can look at the purchases of the day or wait for the breakout of the resistance 1,01000.

The Asian markets were trading without Japanese investors, stock exchanges of the country were closed on Monday due to national holiday. The main event of the day was the opening of the Chinese sites after a long vacation, the first day of trading was marked by high growth index, that have influenced other markets.

Morning determine the dynamics of news:

The Ministry of Commerce of China announced the date of the third round of trade negotiations, the interstate Commission will meet in Beijing on 14 and 15 February. Delegates from the US have arrived in China late last night. Info support the American market, but occurring earlier than the uncertainty in relation to the termination of a trade war caused an increased demand for the U.S. dollar, which has strengthened its exchange rate in the Forex market.

Today in the U.S. session at 18: 00 will be published data on the number of vacancies in the labour market. The indicator can indirectly confirm or cooling of the soft expectations of policy rates from the fed which favors the head of Department Powell in 20-45 GMT.

The negotiator from EU Pexit (left) Michel Barnier at a meeting with Prime Minister of Luxembourg, Xavier Bettel

The EU is ready to go to new compromise on Brakcet, this is made clear to chief negotiator on this issue by the EU, Michel Barnier. At a meeting with Prime Minister of Luxembourg he clearly hinted that the Prime Minister Theresa may is to listen to the plan for Jeremy Corbin. The leader of the English opposition wrote a letter in which he offered to negotiate the preservation of the Customs Union with the EU.

The shift in negotiations was cause for optimism of European investors, supported by the fact the arrival of the American delegation to Beijing and insider information on the US intelligence places to meet the leaders of these countries.