Twitter, Inc. (TWTR) shares fell more than 2% of their response peaks earlier this week after President Trump has announced plans for an executive order that would allow regulators to rethink the Article 230 – a law designed to protect the high-tech enterprises from the third part of the content of the responsibility. The move comes shortly after Twitter reported one of the president’s tweets about mail-in voting fraud with a fact-checking the label, the drawing of an episode of the critic.

While the executive decree marks an escalation in the Trumpet of war against high-tech enterprises, the implementation would be up to the Federal Communications Commission (FCC) and the Federal Trade Commission (FTC), which are independent bodies. It is not known how these organisms will respond and assess the content of the moderation policies in place through the social media platforms.

Facebook, Inc. (FB) CEO Mark Zuckerberg told Fox News that “a government the choice to censor a platform because they are worried about the censorship doesn’t exactly strike me as the right reflex.” He added that “Facebook should not be the arbiter of the truth of everything that people say online.” 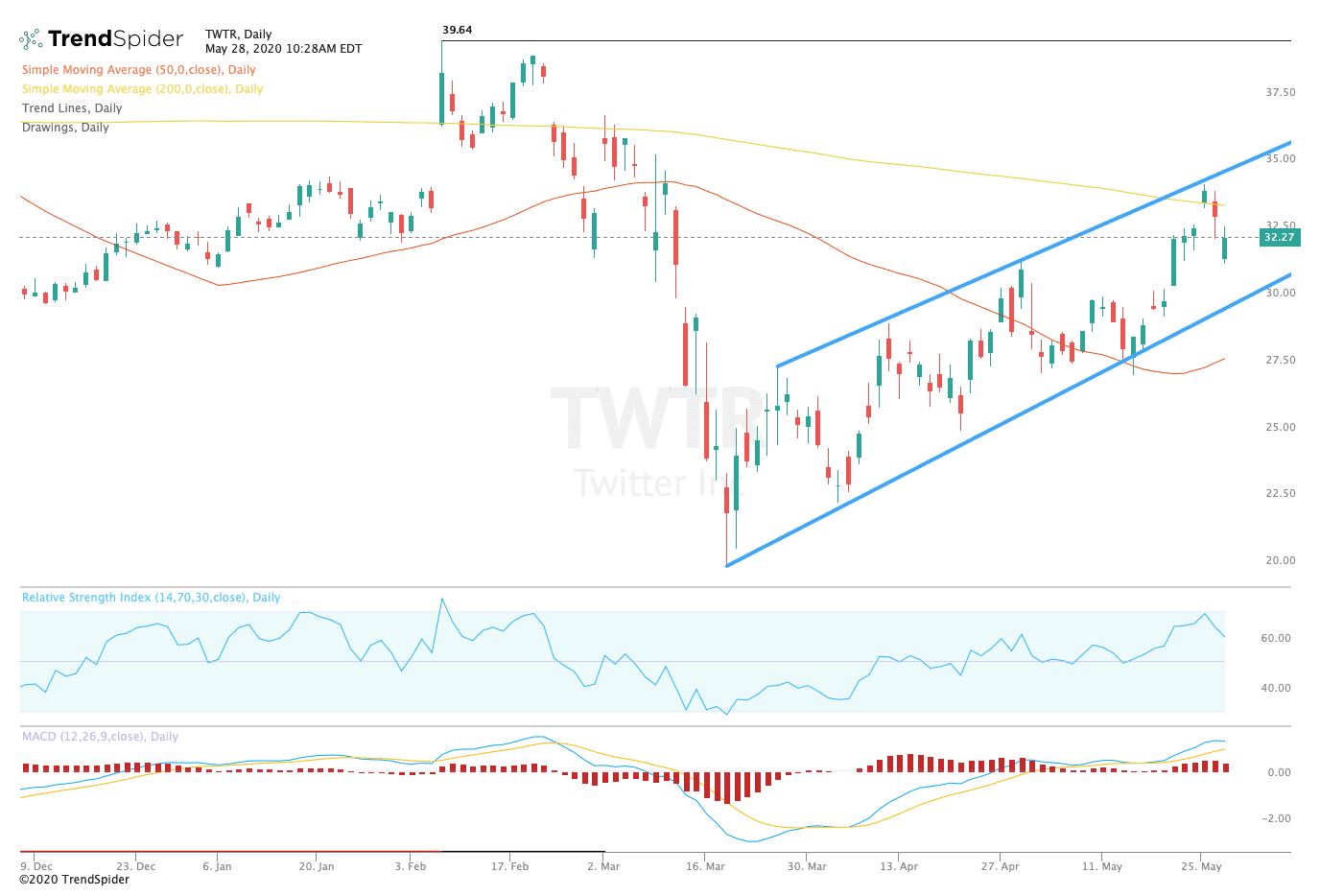 From a technical point of view, Twitter stock fell from its reaction high, near the 200-day moving average back in its price channel. The relative strength index (RSI) moderate to 59.66, while the moving average convergence divergence (MACD) has remained in a bullish trend. These indicators suggest that the stock decline could be temporary.

Traders should watch for a period of consolidation in the stock’s well-established price channel in the coming sessions. If Twitter breaks out higher, traders could see a return to the 200-day moving average to the prior highs of $39.64 back in February. If the stock breaks down, traders could see a move to the 50-day moving average of $27.75 in the coming sessions.