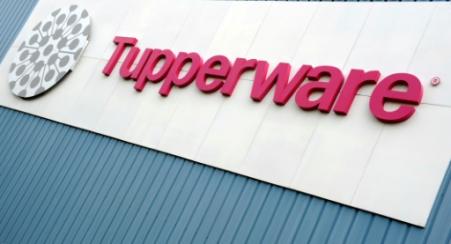 The employees of the factory Tupperware on strike to demand a better social plan (Photo JEAN-FRANCOIS MONIER. AFP)

The unique factory Tupperware in France, Joué-lès-Tours (Indre-et-Loire), whose closure has been decided by the manufacturer of food cans, in plastic, is on strike since Tuesday morning to demand a better social plan for the 235 employees, a-t we learned Tuesday from the CGT, the majority union in the company.

The representatives of the staff SGC were insured in early November, after the announcement on 19 October of the closure of the plant at the end of February, “not wanting to create tension in the” additional to “negotiate a PES the most correct possible”.

“This is normal: today, we go in hard, we discuss about the bonuses supralégales of dismissal and the duration of training. We’re trying to get the maximum,” explained Tuesday, Mr. Constantino.

“The group has a turnover colossal, it is necessary that the social plan is at the height,” said the delegate CGT.

According to him, the directorate offers a premium supralégale equivalent to six months salary for employees with more than 30 years of seniority, with a phased reduction of one month for every ten years of seniority. The average job tenure of the employees of the plant is 35 to 40 years, he said.

The delegate CGT also requires 24 months of training leave for employees over 50 years of age: “they are the most fragile. They need to have a training pitch to be able to reclassify,” he said. According to him, the average age of the employees amounted to 51 years.

The secretary of the Committee, Patrick Richardeau, had said on 6 November that “the choice of employees is not wanting to get into a game of action, excessive and uncontrolled.”

This compromise had then been strongly criticized by authorities in the départements of the union, as well as by the CFDT, a minority trade union of the company.

The mayor LR of Joué-lès-Tours,Frédéric Augis, had hailed “the process of negotiation with the employer”.

The vice-socialist president of the regional Council, Jean-Patrick Gille, had denounced “a strategic choice, opportunistic (in the direction of Tupperware) from orders Macron”.

The directorate-general of Tupperware was justified in its decision of complete closure of the factory and the elimination of 235 jobs by “industry overcapacity notable for its network of european manufacturing linked to improved productivity and a slowdown of commercial activities in central and western Europe and particularly in France”.