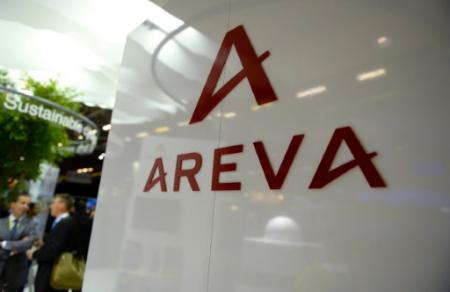 Redemption of Uramin: the ex-director of mines of Areva indicted for ‘corruption’ (Photo ERIC PIERMONT. AFP)

The former director of mines of Areva (PA:AREVA) has been under investigation in Paris for “corruption” in the survey on the redemption disastrous for the nuclear specialist of the mining company Uramin in 2007, told AFP Saturday, sources close to the matter.

Sébastien de Montessus has been indicted on 29 march for “corruption of foreign public official”, “private bribery” and “abuse of confidence”, of the facts which it denies.

Areva, which became Orano, had paid out € 1.8 billion to acquire the canadian Uramin, but the exploitation of three deposits of the company in Namibia, South Africa and the central African republic proved to be much more difficult than expected. The operation was transformed into a financial abyss and had forced Areva, at the end of 2011, a provision of € 1.5 billion.

The case is at the heart of two judicial information.

An accounting component, in which the ex-boss emblematic of Areva, Anne Lauvergeon (2001-2011), has been examined as well as two ex-officials, who are suspected of having submitted accounts to be inaccurate to hide the collapse of the value of Uramin.

The other survey, in which “Atomic Anne” is witness to a power-assisted door on suspicion of fraud and corruption during the acquisition of the mining company.

It is in this pane that Sébastien de Montessus has just been indicted.

“The judges had a particular question on several operations seeking to know if they would have been able to conceal any embezzlement of funds,” said one of the sources close to the matter.

Two contracts in which Areva has paid out a total of nearly $ 6.9 million in 2009 and 2010 in favour of the mining company namibian United Africa Group (UAG).

The judges also look at monthly payments of $ 10,000 in 2008 and 2009 to the minister of namibian Trade and Industry of the time, the current president Hage Geingob.

Sébastien de Montessus, is also suspected to have played the intermediary in the sale of a luxury yacht, Cape Arrow, for which he would have received a transfer of 750,000 euros.

In this pane, Olivier Fric, husband of Anne Lauvergeon, is indicted for insider trading, suspected of having speculated on the title Uramin in his redemption by taking advantage of privileged information. Its ties with a belgian financial Daniel Wouters are also at the heart of the investigations.

The latter, recruited in 2006 by Areva as head of development and acquisitions of its mines division, has played a key role in the acquisition of Uramin. Placed in police custody this week, he should be summoned soon by the co-investigating judges financial, according to sources.