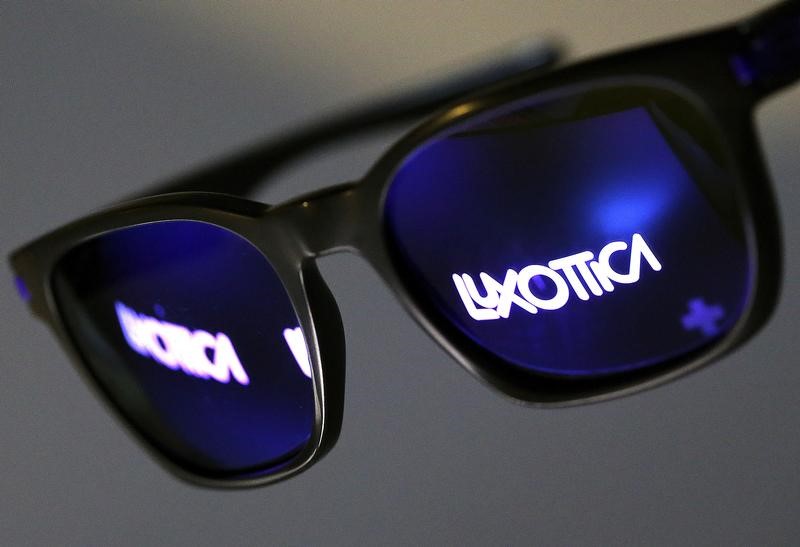 © Reuters. DEPARTURE OF THE CEO OF LUXOTTICA, BEFORE THE MERGER WITH ESSILOR

by Valentina Za and Giulia Segreti

MILAN (Reuters) – Luxottica is separated from its fourth ceo in three years, while its chairman and founder Leonardo Del Vecchio prepares the world’s leading manufacturer of spectacle frames to its merger with Essilor.

Luxottica has agreed in January to merge with the world’s number one optical eye to create an industry giant with an international network, with among other brands Ray Ban with Giorgio Armani and Burberry (LON:BRBY).

The group announced Friday that its managing director of products and operations, Massimo Vian, will leave his post three months before the end of the mandate of the board of directors, the group has simplified its structure prior to the merger.

The responsibilities of Vian will be taken up by Leonardo Del Vecchio and his close collaborator, the vice-president Francesco Milleri, which will also take the position of managing director.

A spokesperson for Luxottica said that the operational director of the group, Giorgio Striano, would provide continuity in the monitoring of industrial operations.

“The phase of post-merger integration of Essilor and Luxottica is rapidly approaching,” wrote Exane BNP Paribas (PA:BNPP) in a note.

The european Commission is expected to give the green light to the operation, according to two sources aware of the folder.

Del Vecchio, 82, told the daily Corriere della sera Saturday that Francesco Milleri, 58 years old, replace it at the head of the new group after the merger, if something happened to him.

Del Vecchio and the CEO of Essilor, Hubert Sagnières, must share power within the new entity EssilorLuxottica during the first three years the respective positions of president and vice-president executive.

Hubert Sagnières, 62, told the Financial Times that he would seek a managing director at one time or another.

“Sagnières is excluded, claiming to be too old – which is an indication clear enough that Del Vecchio was not in the race no more”, highlights Exane-BNP. “Investors should not expect a integration without tensions.”

Leonardo Del Vecchio is returned to the head of Luxottica, in 2014, as executive chairman. A legendary Figure of the orphan to become one of the richest men in Italy, he is also known for his style of authoritarian management.

He presided over the restructuring of the group, which he founded in 1961, investing in digital technology, while expanding its distribution network, centralizing its sales structure in China and tough competition in online sales.

It owns 62.5% of the capital of Luxottica, and will be the largest individual shareholder of the new group, with 31% and 38% of the new set and voting rights capped at 31%.

(Juliette Rouillon for the French service)