Chevron Corporation (CVX) missed earnings per share (EPS) estimates when it reported results for the 31 July, but the stock stabilized after a decrease in the open. Chevron shares traded as low as $81.51 in response to the report, and then rebounded to $88.43 on Aug. 5. The oil giant has remained below its quarterly pivot at $88.84.

The daily chart for Chevron 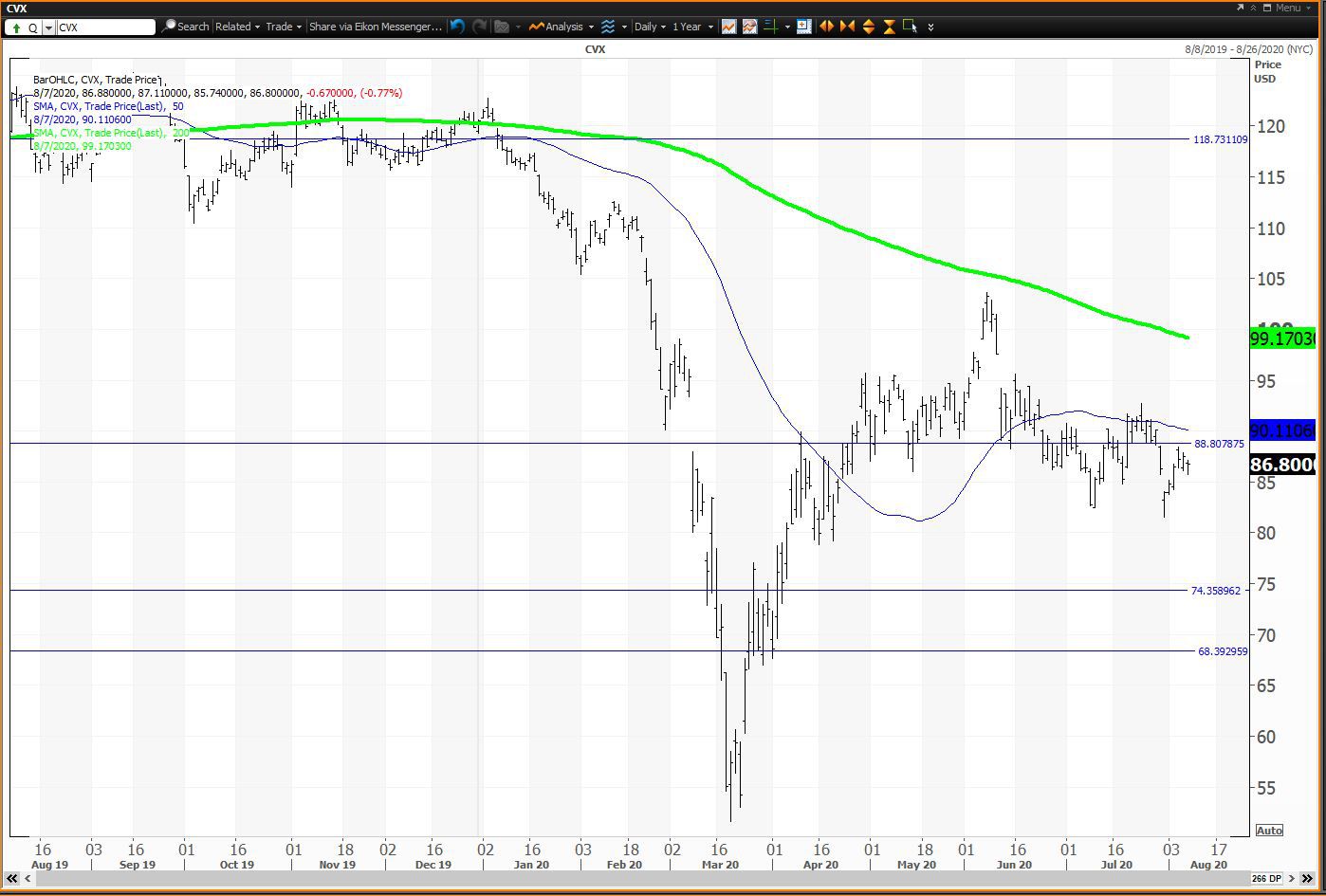 Chevron stock has been below these two moving averages since Jan. 8. At the same time, the oil giant’s stock has broken below its semi-pivot at $118.69. These sell signals led to the March 19 low of $51.60.

The weekly chart for Chevron 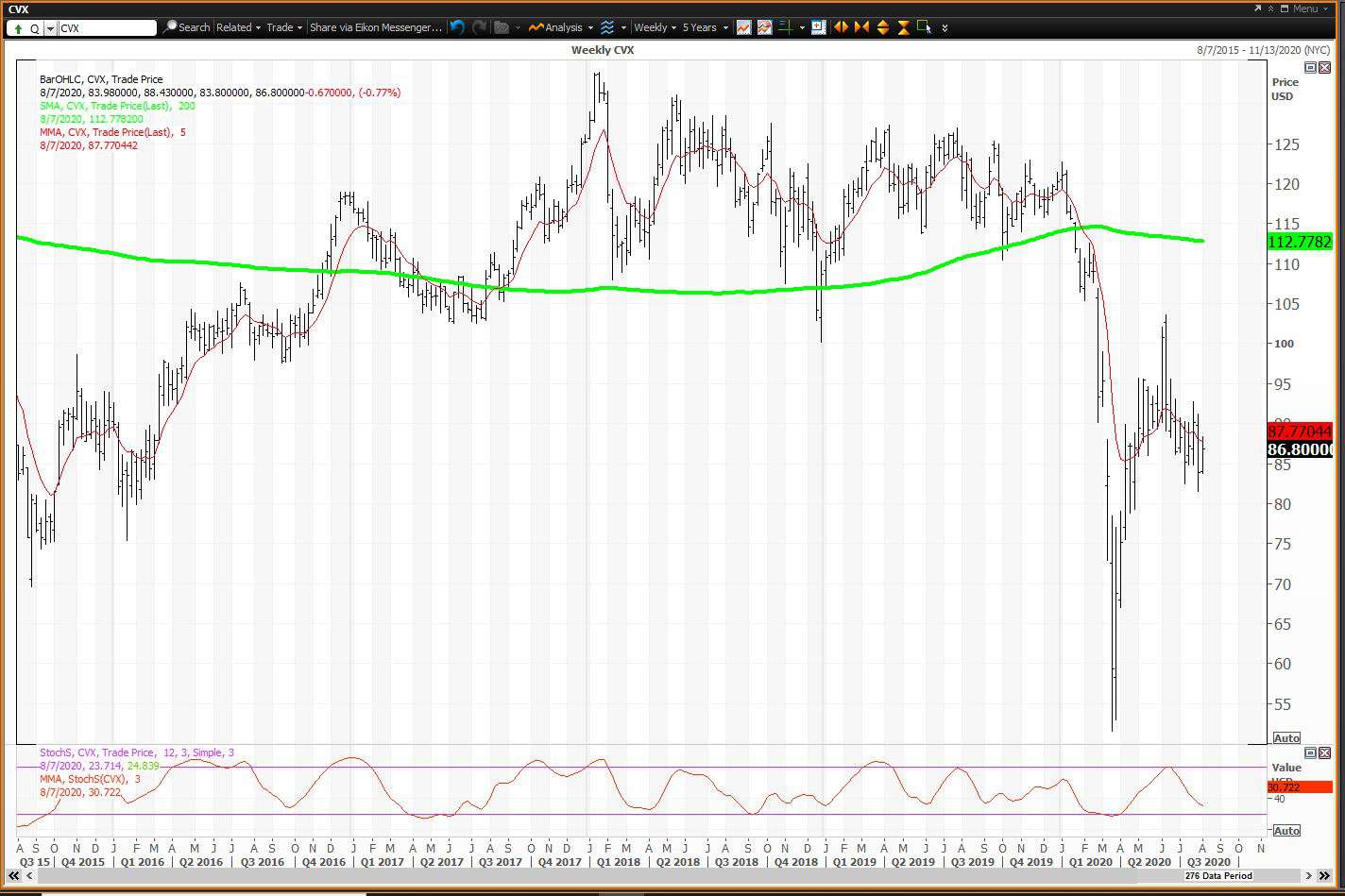 Trading strategy: Buy Chevron stock on the weakness of its weekly and monthly value levels at $74.25 and $68.26. Reduce the holdings on the strength of its 200-day simple moving average at $99.17. The quarterly pivot remains of 88.84.