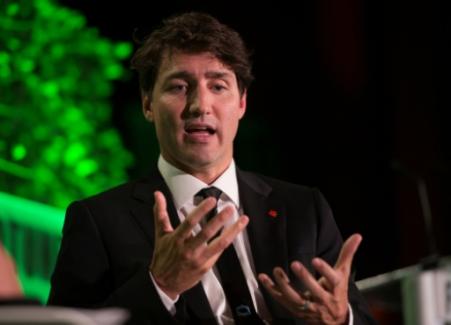 Canada decides not to buy combat aircraft Super Hornet, announced Friday the american manufacturer Boeing (NYSE:BA), for the benefit of old hunters F18 australian, a decision sounding like an implementation of the threats brandished by the Prime minister Justin Trudeau.

“If Boeing continues to insist to want to eliminate tens of thousands of jobs in Canada by addressing Bombardier (TO:BBDb), it should not be expected from us, as a government, to what we buy aircraft,” had warned in September the Prime minister of canada Justin Trudeau.

Boeing had ruffled the canadian government in obtaining from the administration of president Donald Trump the imposition of taxes for all civil aircraft CSeries from manufacturer Bombardier sold in the United States.

Taking refuge behind the “information press”, Boeing said in a statement that respect “the decision of the canadian government” for having chosen the F18 australian instead of the hunters Super Hornet, and welcomed the fact that the canadian army to make the choice of a hunter twin-engine aircraft, that meets the requirements of the cooperation of the aerospace defense Command north America (NORAD). The F18 was developed and built as early as 1980 by the American McDonnell Douglas, acquired by Boeing in 1997.

A year ago, Canada had announced an order for 18 hunters Super Hornet from Boeing, valued at $ 5 billion, to replace a portion of its 77 aircraft F18 aging and waiting to launch in 2019 a call for tenders in order to modernize its fleet of combat.

“Our government is committed to provide the royal canadian air force the essential equipment it needs until a fighter fleet replacement permanent to be fully operational,” stressed Friday, Byrne, Furlong, spokesperson for the ministry of Defence.

The choice of the F18 australian could be formalized in the coming days, and would then be the canadian response to the multiplication of trade disputes between the two north american neighbors.

In the spring, Boeing has accused the canadian Bombardier to manufacture its aircraft in the 100 to 160 seats, thanks to government subsidies, and to have it sold at a loss to the american company Delta Air Lines. These devices come in direct competition with the Boeing 737 or the A320 family aircraft from Airbus (PA:AIR).

The administration of president Donald Trump had decided this summer to impose countervailing duties of 220% and an anti-dumping duty of 80% on these Bombardier aircraft imported into the United States.

In addition to the renegotiation of the free trade Agreement north american (Nafta) imposed by Donald Trump to Mexico and Canada, other issues such as construction timber, or the milk has poisoned canada-u.s. relations.

After his attack against its canadian competitor, Boeing had launched a charm offensive aimed at public opinion in canada touting 2,000 new jobs. Far more than 23.000 employees of Bombardier and its subcontractors in the United States, said the minister of foreign Affairs asked by chrystia Freeland, accusing Boeing of wanting to “destroy” the aerospace sector in canada.

In October, the canadian government had suspended the discussions with Boeing, and had filed an offer for the purchase of the F18 australian entered service in the 80’s, such as those of the air force of canada.

“We are exploring it actively (different) options, including with Australia, in the light of their recent notification to dispose of their F18, spare parts and equipment”, said the spokesperson of the ministry of Defence without adding a comment to the announcement of Boeing.