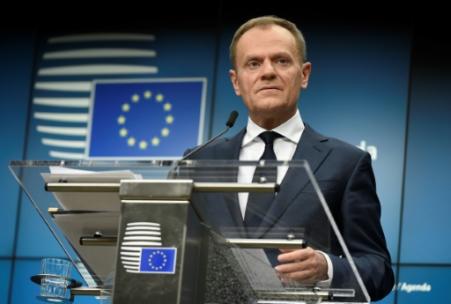 The british vision of its future relationship with the EU after Brexit is “based on a pure illusion”, has criticized Friday the president of the european Council Donald Tusk.

“I am pleased that the uk government seems to go to a position that is more detailed, however if what the media are reporting is true, I am afraid that the british position is based on a pure illusion,” said Mr Tusk, who chairs the body gathering the leaders of the member States of the EU, at the end of an informal summit of the 27 (without the United Kingdom) to Brussels.

A statement which immediately pushed his colleague and president of the Commission Jean-Claude Juncker to be ironical: “You have your headlines for tomorrow”, he launched to the journalists.

Thursday evening, the First british minister Theresa May had found his key ministers for a meeting marathon of eight hours, during which it set out its plans for a deal “that works for all components of the United Kingdom (…) and allow the trade as flexible as possible”, according to his spokesman.

London says it wants to leave the single market and the customs union, to put an end to the freedom of movement of migrants and to the jurisdiction of the european Court of Human rights. At the same time, Theresa May wants to negotiate an agreement that would reduce as much as possible the customs duties and the administrative procedures.

Donald Tusk has criticised the “return” of a “philosophy” to want to win on all fronts.

“From the very beginning, it is one of the key principles of the EU-27 that there can be selectivity and market unique to the card. This will continue to be a key principle, I have no doubt”, has hammered Mr. Tusk.

In these negotiations on the partnership between the two parties after Brexit and the period of transition post-divorce, the EU insists that the fundamental principles remain inseparable, in particular the freedom of movement for goods and services and those of the people.

Ms. May must clarify the formal position of the Uk on Friday 2 march.