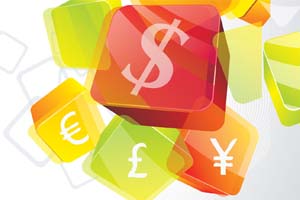 Found on the foreign exchange market, the different stakeholders : commercial banks, institutional investors, central banks, multinational companies and individual investors. Some are more active than others. Let us look at this in more detail.

The commercial banks are the most important players in the market. Of themselves, they represent 43% of the transactions in the market of interbank. They have mainly an intermediary role for other stakeholders in the market. Their goal is to make a profit by making ” Market Making “.

The institutional investors are the second largest player in the market. They represent 30% of total trade made on the currency market. Generally, they work to cover their portfolio of shares, bonds or currencies.

The central banks are the third players in this ranking. Their transactions account for between 5% and 10% of the total of the volumes made on forex. They are in general to defend their currencies and make adjustments to economic and financial.


The multinational companies represent approximately 5% of the volume of world trade. They operate on the forex to convert their currency in the operations of import and export.

The individual investors, like you and me, they represent about 5% of the total volume of exchanges on the forex. Currency trading has largely democratized in recent years and individuals can, in their turn, to take a share of the cake.

You now know the various players in the foreign exchange market. Note that even if these latter do not count as much in the exchanges, none of them is able to influence the course of global currencies as the volume exchanged every day is important. In other words, everyone has the same chances to make profit.