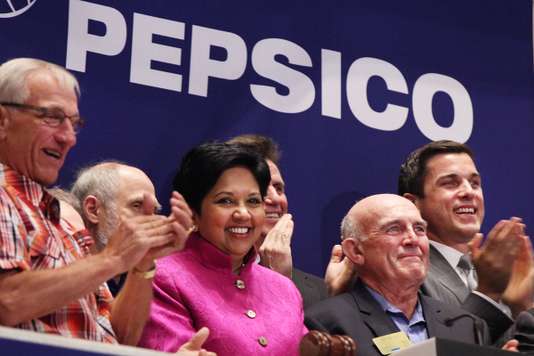 Who is the tower ? The question arises, while PepsiCo has announced, on 6 August, the replacement of Indra Nooyi, the CEO of the american company, by Ramon Laguarta, on 3 October, joining the ranks of the outgoing officers. The waltz of the patterns that particularly affects the groups of the agri-food sector.

In the space of eighteen months, the list of departures continues, in effect, to lie. On the american side, the major competitor of PepsiCo, Coca-Cola, has changed driver there almost a year, giving the power to James Quincey. Exit Muhtar Kent, in office since 2008. And then, at the head of Mondelez, the manufacturer of biscuits Lu and Oreo, Irene Rosenfeld left the place to Dirk Van de Put. Ditto at the helm of Campbell Soup, where Denise Morrison has had to be erased leaving Keith Mc Loughlin ensure the role of the CEO in the interim. The specialist in breakfast cereals Kellogg, for his part, was looking for Steve Cahillane to be a successor to John Bryant. Not to forget General Mills, known for its ice cream Häagen-Dazs, which has promoted Jeff Harmening, replacing Ken Powell.

Note that in this game of musical chairs, the three women are part of incumbents, and none is present in the camp of the incoming. What reduce even further the small circle of the women leaders of multinational corporations.

The movement is not limited to the United States. The world leader in the agri-food, the swiss Nestlé, is also in the dance. He has even broken with tradition to find a successor to Paul Bulcke. Looking his new boss, Ulf Mark Schneider, out of the seraglio, and choosing a man who has made his weapons not in food but in health. In France, the transition to the head of Danone accelerated. Emmanuel Faber has been named CEO of the world leader in yoghurt on December 1, 2017, Franck Riboud leaving the presidency. We could also mention the succession in the family company Bonduelle,…