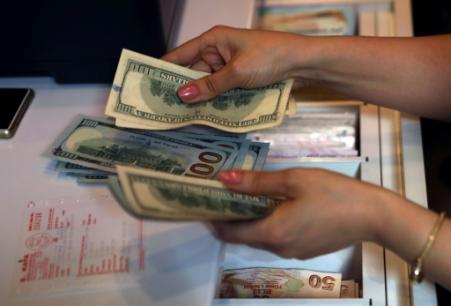 The Turkish lira recovers after the victory of Erdogan (Photo ADEM ALTAN. AFP)

The Turkish lira, which had lost some 20% of its value against the dollar this year, has taken up almost 2% Monday in the wake of the election victory of president Recep Tayyip Erdogan.

The outgoing president Erdogan won Sunday’s presidential election in the first round, and the alliance dominated by his party obtained the majority in parliament, according to provisional results.

This result seems to have partially reassured investors who feared a period of uncertainty in the case of defeat of the one who runs the country for the past 15 years.

The Turkish economy has been marked in recent months by the risk of overheating in spite of its good growth, double-digit inflation and a wide current account deficit.