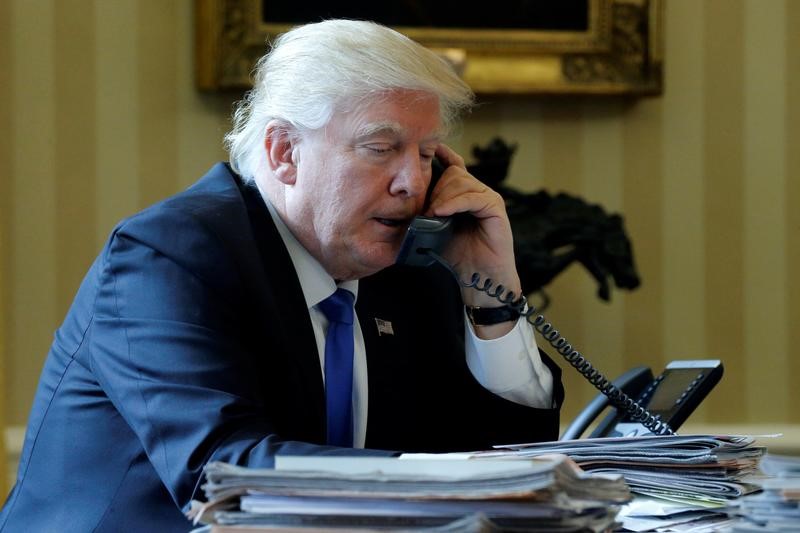 In a series of tweets published yesterday, the us president, Donald Trump has once again lamented the high level of the Dollar, pointing the finger at the Fed, which has contributed to its rising up its rates 4 times in the past year :

“As president, one would think that I would be delighted to the strength of our dollar. No, I’m not ! The high level of the interest rates of the Fed, in comparison with other countries, maintains the dollar at a high level, which makes it more difficult for our leading manufacturers like Caterpillar (NYSE:CAT), Boeing (NYSE:BA), John Deere, our car companies, and others, to compete on a level playing field. With substantial reductions in rates of the Fed (there is no inflation) and no evidence of quantity, the dollar will allow our companies to win against any competition. We have the largest companies in the world, there is no one close, but unfortunately, we can not say the same of our federal Reserve. They were wrong every step of the process, and we win in spite of everything. Can you imagine what would happen if they had what it takes ? “

With such a rant now, it is clear that the american president wants to see the Dollar fall, and the sooner the better, now that China has shown that she can use the weapon of the currency devaluation in the context of the trade war.

Several options to drop the us Dollar have already been rejected by Trump, but the US president is unpredictable…

Remember that at the end of the month of July, the adviser of the White House, Peter Navarro has presented to the president, Donald Trump proposals on the ways of devaluing the u.s. dollar. At the time, Trump had been quickly rejected these proposals, according to Politico.

The market believes that a direct action of the United States for the weakening of the dollar is actually a possibility, especially as it would not benefits for the US economy, far from it.

However, it should be recognized that Trump plays by its own rules , and he is in the habit of surprise, as was the case last week when it announced new tariffs against China as negotiations were to resume.

Therefore, we should not under-estimate the risk of an action on the dollar, and about Trump yesterday clearly go in this direction.

The Fed should not help to roll back the greenback

For the moment, Trump seems to believe that putting pressure on the Fed to reduce rates to help the dollar. It is a mistake probably. To impact significantly the Dollar down, it would be necessary for the Fed to come down the tau x zero, or almost. And it is very unlikely that she takes this decision without the economy deteriorates significantly.

And if the economy collapses, with a recession in the United States, the dollar will be, without a doubt, paradoxically, promoted in the framework of a flight to safe-haven securities, which could cancel out the downward impact on the dollar of rate cuts from the Fed.

Direct interventions of the US Treasury on the Forex could be orchestrated by Trump, to help weaken the Dollar, but as pointed out in a recent study, the US Treasury has probably not enough fire power to impact significantly the Dollar lower…

Finally, we also invite you to consult the analysis of Kathy lien explains why she believes Donald Trump will not be able to afford to intervene and weigh on the Dollar.