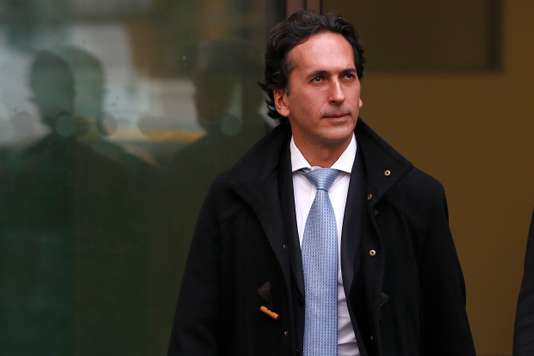 The first is reserved, cautious, a bit stingy with his words. It is also a trader-born, ready to bet everything or to give up all of a sudden, according to the opportunity. This is what he has done in march, agreeing to plead guilty to the general surprise. Now in prison, he is waiting to hear his sentence, which should amount to a minimum of four or five years in prison.

The second one is more extrovert, more nervous also. He chose instead to flee british justice, preferring to be judged, in absentia, to appear at a trial that he considers biased. Friday, June 29, the verdict is in : he has been found guilty of ” complicity in fraud “.

According to the Serious Fraud Office (SFO), the british equivalent of the Parquet national financier, Christian Bittar and Philippe Moryoussef, two French, were the architects of one of the largest financial frauds in recent history.

During the roaring twenties leading up to the crisis, from 2005 to 2009, they have handled large-scale Euribor, a rate used as a reference to 180, 000 billion ($154 500 billion euros) of financial products. Dozens of other brokers were involved, four of which others are judged in the same trial. Achim Kraemer, Deutsche Bank, was found not guilty. Carlo Palombo, Colin Bermingham and Sisse Bohart, Barclays, waiting for their verdict. The prison sentences will be handed down in the next few days.

For the past two and a half years, The World is in regular contact with the two men. We have followed their fight…