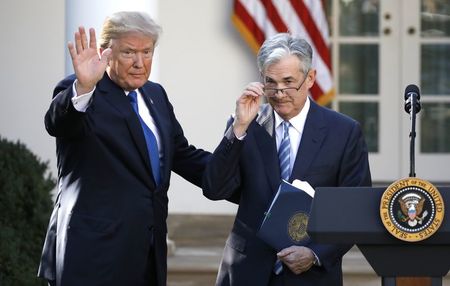 According to sinformations unveiled today by Bloomberg, the White House would have explored the possibility of demoting the chairman Powell and that the council of the White House has evaluated the implications of such a downgrade.

Bloomberg it is not clear if Trump led the study, which took place in February.

The way that was explored was planning to keep Jerome Powell to the office of governor but to withdraw his presidency, which would have considerably limited its decision-making power within the Fed.

This would have been a gesture without precedent, and it underscores the multiple comments from Trump about Powell went beyond the discussion (and the challenge) and that his future at the head of the Fed could actually be in danger.

The timing of this leak is also interesting, and it is not impossible to imagine that this is a deliberate attempt to influence Powell, then the FOMC ends a réuniond e two days tomorrow.

The report indicates that the results of the study were not clear and they are kept secret.

Recall that rumors earlier this year claimed that Trump had ordered that Powell be fired, but a more recent report has unveiled that Trump had said to Powell in march : “I guess I’m stuck with you.”