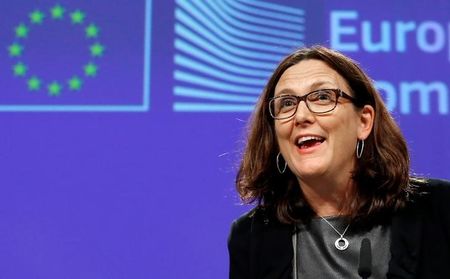 (Investing.com) – The European Commissioner Cecilia Malmstrom, in charge of foreign trade, noted on Twitter (NYSE:TWTR) on Friday of the decision of the United States to defer for 180 days their decision on potential tariffs against european vehicles.

She clarified, however, “totally reject the idea” that the european export of cars represent a threat to national security in the US, the pretext in his threat to Trump the implementation of tariffs.

She also stated that the EU is ready to negotiate with the United States, an agreement limited to cars, but subject to compliance with the rules of the WTO.

It has also said it will meet with the trade representative Lightizer to Paris next week, and then the minitres trade of the EU on 27 May.

Recall that the president of france Emmanuel Macron, said recently that the EU cannot sign trade agreements with countries that have not signed the Paris agreement on the fight against global warming, which could complicate the discussion, since the United States withdrew from this agreement.