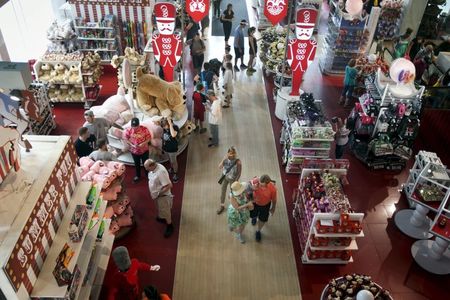 u.s. retail sales for the month of April show a decline surprise today, to -0.2%, while the consensus had expected an increase of 0.2%.

The figures for the previous month have, however, been revised upwards to 1.7% against 1.6% initially reported.

For retail sales the main, which exclude the most volatile, an increase of +0.1% has been announced, largely below the consensus of 0.7%. Here also the figures of the previous month were revised up to 1.3% as against 1.2% initially reported.

The Dollar declined slightly on forex in the face of these figures, as seen on the Dollar index and the EUR/USD pair in particular.

However, the decline is mitigated by the very strong figures in the manufacturing index for the Fed of New York published simultaneously.

Index Empire State has in effect jumped to 17.8 points against 10.10 points previously, while the consensus had expected a decline to 8.20 points.

Finally, it should be noted that traders are still expecting the industrial production US in the economic calendar US of the day, at 15: 15.