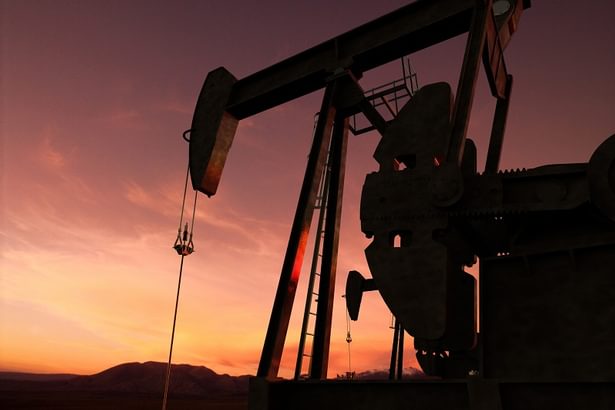 From November 2016, members of the OPEC and other major oil producers such as Russia, have decided to restrict the production of black gold in order to reduce the overabundance world and support the energy market. Since then, oil prices have gained almost 80%.

After falling below $ 30 a barrel in early 2016, the price of oil has recently reached its highest level in 4 years : 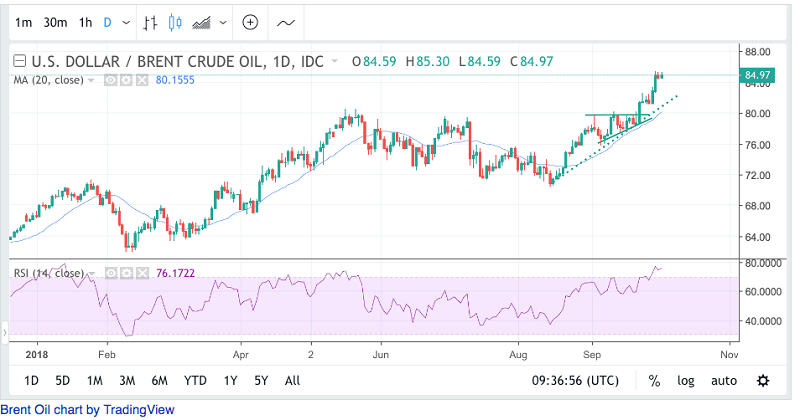 The upward pressure on oil remains technically strong with the recent release of the price of an ascending triangle* – a figure generally regarded as a figure of continuation. The output of the triangle also confirms the strength of the upward movement because it is made with a long green candle – a marubozu.

This figure in japanese candlestick is a long candle with no shadows. In our case, it is a long marubozu green, which is a bullish signal clear because the opening of the trading session is done at the lowest level and closing at its highest.

On our daily chart, we can also see that the RSI is in overbought zone. While prices reached the highest in 4 years, it could be that the traders seek to take profits and cause a small technical correction.

*An ascending triangle is made up of a resistance line and an upward trend line. With this figure, it is observed that there is a certain level that the buyers cannot seem to exceed the resistance. However, we see that they are slowly beginning to push prices up as evidenced by the lowest of the higher prices – the upward trend line.

Prices will they be able to continue to climb?

Although no one really knows what exact amount of iranian oil will be withdrawn from the market once the u.s. sanctions will begin on the 4th of November, oil prices seem to climb due to fears of more tightening of the offer.

Indeed, supply disruptions represent factors which have a strong impact on the oil market, and this regardless of their origins : sanctions, wars, strikes, natural disasters, etc

There are also some news regarding the fact that China has decided to reduce its imports from Iran, which only add to the bullish sentiment. Iran would, in effect, the 5th supplier of oil to China, where it exports more than a quarter of its oil production.

According to the newspaper The World : “China buys more oil from africa, particularly angola, to compensate for the decline in its supply of u.s. natural gas. It stands out also for iranian oil, then that points to u.s. sanctions against Tehran. In 2017, 40 % of the oil imported by China came from the Middle East and 20 % in Africa. The latter could be as early as this year to reach 30 % “.

What to look out for when you invest in oil?

If you want to focus on the commodities market, and especially on the trading of oil, there are several factors to consider when investing on this asset :