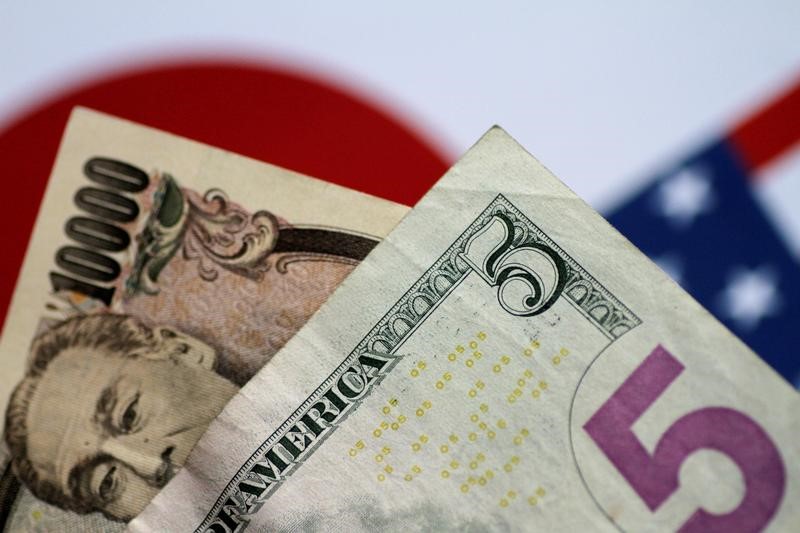 Investing.com – The dollar strengthened against the yen Monday, as investors moderated their expectations for aggressively reducing the interest rate from the Fed later this month.

The benchmark yield on the 10-year Treasury has stretched the modest gains of Friday and has climbed to 2.06%.

However, the broad decline in equity markets has limited the rise in yields of the Treasury as a safe haven.

“The tweets of us president Donald Trump on the issues of trade with China could contribute to the decline in shares this week,” said Junichi Ishikawa, a strategist senior Forex at IG Securities.

“The shares could decrease if he continues to make comments challenging on trade with China this week.”

Trump has kept the pressure on Beijing last week by renewing the threat to impose tariffs on $ 325 billion of chinese goods, even as the hope grew that the two parties would soon start negotiations face-to-face to end their trade war, which lasts for a year.

The dollar index remained stable at 96,83 after having gained 0.35% in the last week.

The currency market is clearly focused on the decisions of central banks worldwide have planned for the next two weeks, starting with the European Central Bank, which meets Thursday, followed by the Bank of Japan, then the Fed next week.

“The moment of truth is now at hand: the central banks will be forced to reveal their intentions,” said the analysts at JPM Chase & Co in a note.

The expectations concerning a reduction of 50 basis points of the Fed increased last week after the speech, accommodating of the president of the New York Fed, John Williams. Investors, however, have tempered expectations after a spokesman for the Fed has clarified that his remarks were not a reference to a potential policy action at the next meeting of the Fed.

Expectations about a higher reduction have declined again after the Wall Street Journal has announced that the Fed would likely reduce the rate by 25 basis points this month and could make further reductions in the future due to uncertainties related to global growth and trade.

“The possibility of a reduction of 50 basis points was largely dissipated following the report of the WSJ and the attempt of the New York Fed to mitigate the previous comments of Williams” wrote Kenji Yamamoto, senior economist at Daiwa Securities.

In the Uk, investors are waiting to see if Boris Johnson wins the race to the leadership of the Conservative party. The british pound has maintained around 1,2490, but the concerns raised by the prospect of a “Brexit” without agreement continue to grow.

“We’ll probably mark time before these big risks later in the week,” said Rodrigo Catril, a strategist on foreign exchange at National Australia Bank. “The market heals its wounds after the coaster Williams of the Fed.”