Consumer prices rose 0.5% in July compared with the previous month, according to statistics SWEDEN. CPI inflation was 2.2 per cent.

The krona strengthened about 5 öre against the dollar as euro, at the 8:09 and 9:50, after a higher CPI outcomes than expected for July.

According to SME Direkt prognosenkät waited for the analysts that consumer prices would have risen by 0.3 per cent on a monthly basis and rose by 1.9 per cent compared with the same month in 2016.

The riksbank’s prognosbana, which was published on 4 July, pointed to a CPI inflation rate of 1.6 per cent in July.

The rise was offset by lower prices for clothing, which influenced the CPI down by 0.2 percentage points.

CPIF (CPI with fixed interest rates) rose 2.4 per cent in July compared with July 2016. It was the first time since december 2010 that CPIF inflation rate was over 2 per cent.

Expected, according to SME Direkt prognosenkät was 2.1 per cent. The riksbank’s prognosbana pointed to a CPIF inflation rate of 1.8 per cent.

CPIF inflation excluding energy was 2.1 per cent in July, compared with 1.9 per cent in June. The riksbank’s prognosbana pointed to 1.7 per cent. 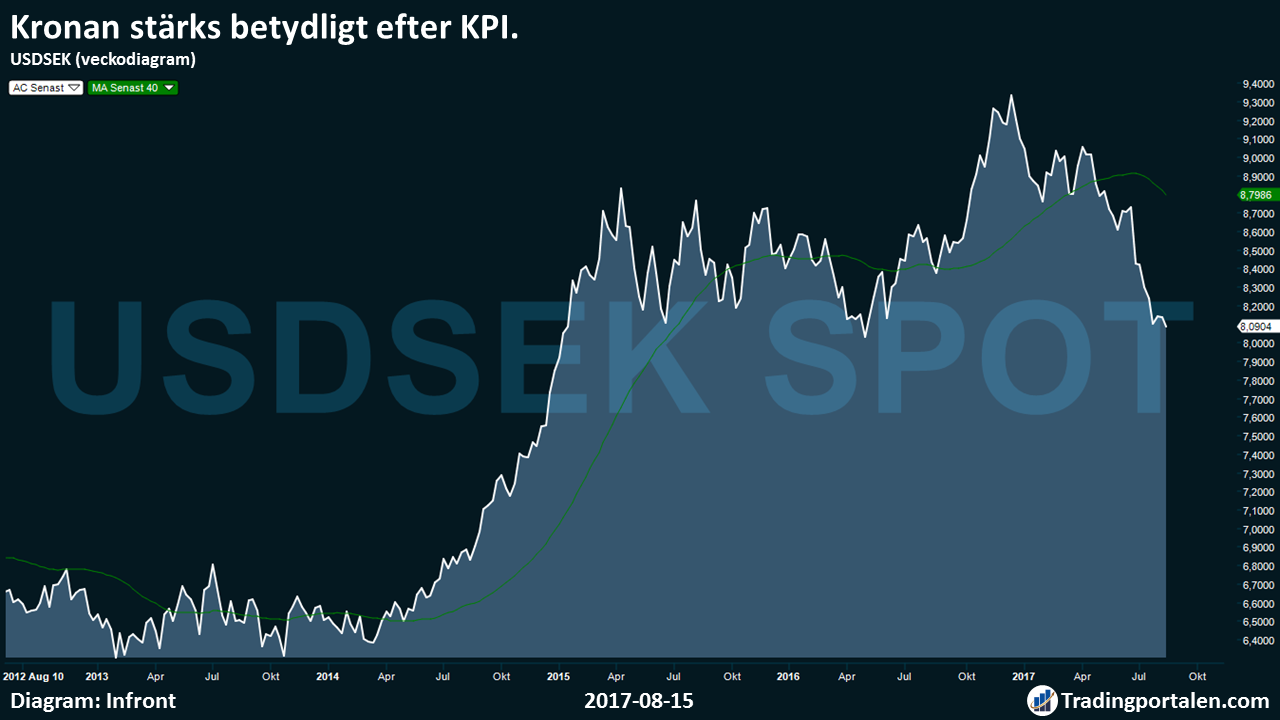