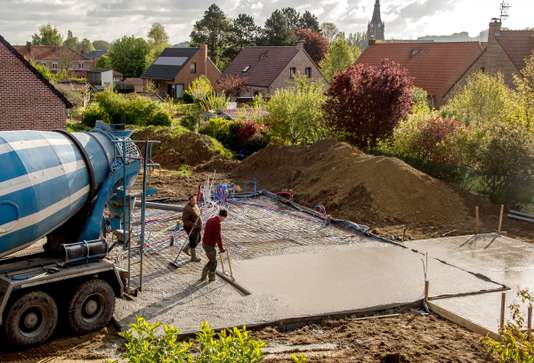 Above all, no enthusiasm. The figures of the construction are green, the prospects are excellent, with the crisis apparently buried, but beware : the dynamic could stop it. “We are in a delicate period of remission, observes Jacques Chanut, president of the French Federation of building (FFB). It’s going to take a bit of time before the industry convinces herself that she is completely healed. “Eight years of stagnation, it will force the caution. Especially when the treasuries are empty, the lenders risk-averse and the production apparatus in a lack of investment.

Certainly, the business climate is better. It has never been as good since 2008. The latest survey by Insee confirms : “The indicator that synthesizes earns 1 point and reached 105 in October. “After the Confederation of crafts and small enterprises of the building (Capeb), the number of new housing starts increased by 17.1 % between August 2016 and 2017, and the building permit of 15.2 %. Since January, nearly 16,000 jobs have been created.