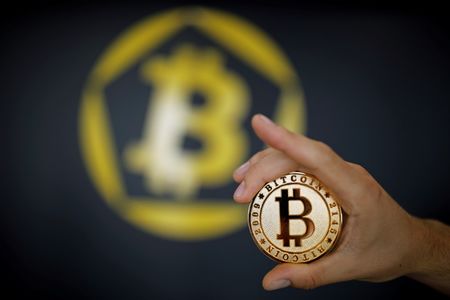 The night was a difficult one for the Bitcoin, which has broken under the key support of$ 8,000 on the platform Bitfinex, marking a low of 7784$ last night, which is a decrease of approximately$ 1000 in 24 hours.

As often on crypto-currencies, the fundamental reasons that justify these movements remain unclear.

We can even meet since the beginning of the week of information that could justify a certain optimism for the market of crypto-currencies in general.

We heard yesterday via the Financial Times that Facebook (NASDAQ:FB) would be in discussions with the CFTC and the us about the launch of its crypto-currency, which confirms that the project is making major strides.

According to most experts, the launch of a crypto-currency by the largest social network in the world, with over 2 billion users, will expose the general public to the concept and benefits of crypto-currencies like never before.

It could thus facilitate the adoption of other crypto-currencies, the Bitcoin in the first line.

From a technical point of view, it should be noted that the failure under 8000$ last night is a bearish signal important, but only a return under 7000$ would document that a bearish reversal of the trend.

Prior to this, the area of 7500$ would display as an intermediate support.

Beyond that, it is the psychological threshold key of the$ 10,000 that will be in the game.