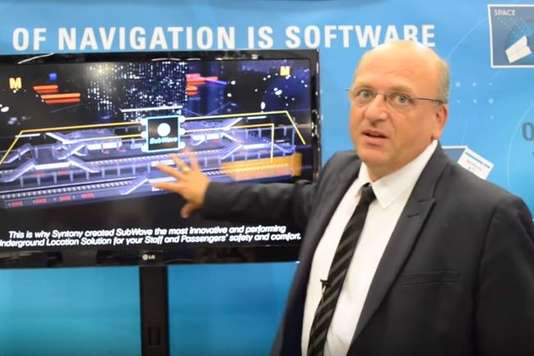 Premises 2 400 m2 recently purchased at the entrance to Colomiers (Haute-Garonne), not far from the huge ecosystem of Airbus and the aerospace industry, are brand-new but barely furnished. For cause : created three years ago, the company Syntony today employs 28 employees, and will be certainly more than 50 before the end of the year.

Specialized in the solutions of radio-navigation software, the difference of the GPS signals processed by chips, the start-up launched by four former engineers or computer scientists makes her hole… in most of the tunnels of the subways of the world. New York, Stockholm, Helsinki, Munich, Seoul and, soon, Toulouse snapped up technology that lets you capture and process the radio frequency signals in the places where it’s more confined.

“I believe that currently we are the only ones in the world to offer this technology,” says Joel Korsakissok, founder and president of Syntony. This software, called SubWave, allows the localization of emergency calls in the metro stations, but also in the tunnels, from any smartphone, and without the use of a dedicated application. Mainly for the people who work there or the GPS does poorly or not at all, ” says this former telecommunications engineer.

The geolocation of tomorrow

Graduated from Supélec, a recognized expert in the scientific programming of software and embedded systems, he left in 2013, the company Silicom. “It was the right time, our software was in its infancy, but we had already been contacted. We launched into the adventure at four, with little money. “

Alongside his wife and two doctoral students, he developed the “small box” that is expected to revolutionize the geolocation of tomorrow. “We are working, in fact, on the Moore’s law, which stated that the number of transistors – the main element…