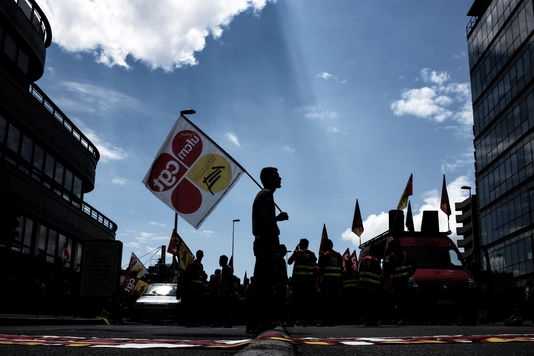 Appearances are save, but the unit no longer holds by a thread. Wednesday, June 13, the four representative unions at the SNCF, the CGT, UNSA, SUD and CFDT), gathered together in the intersyndicale, have confirmed their willingness to continue the strike against the reform of rail and called to mobilize “massively” on June 28, the last day of the calendar of the strikes, said Lawrence Brown, the secretary-general of the CGT-Cheminots. “The trade unions have analysed the state of the balance of power, which demonstrates that the railway workers are always hostile to reform,” he added. The united front unprecedented that the representatives of the employees of SNCF to the contrary, in spite of their old quarrels, to the government for three months now, therefore, is always.

In reality, this union starts to look like a facade in the process of basking. The UNSA-Rail and CFDT-Railwaymen, the two power stations say the reformists, are at loggerheads, and the disagreements of SOUTH Rail with other organizations to remain critical.