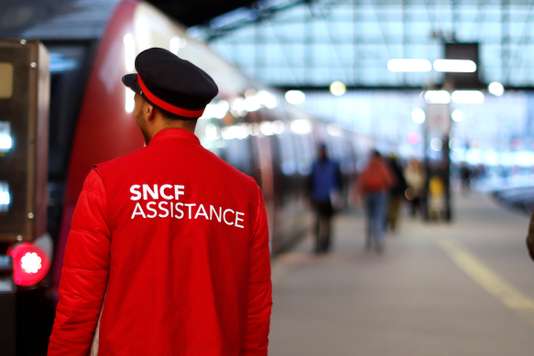 A small group of japanese tourists come into the hall almost empty of the gare Montparnasse railway station in Paris. In an English-babbling, one of them dares : “Are you on strike ? “(” Are you on strike ? “). The “gilet rouge” responds that no he is “there to help the passengers” ; it is found as soon immortalized by several flashes of the phone.

“People think that we are all strikers, but it is far from the truth,” sighs this middle aged man, who is rapidly moving away from for “don’t say more than “simply” because[he did] not have the right “.

Has the SNCF, the instructions are in-house are clear : “we must be quiet, keep a low-profile to avoid throwing oil on the fire “, says Roman*, 41-year-old train driver. “It was the habit of washing our dirty linen in the family “, recognizes the one who came at the age of 22 years in the business. He, like all non-strikers, who responded to a call for evidence launched on Lemonde.fr, has requested anonymity, for ” fear of repercussions “, he said. Friday, April 13, the seventh day of the strike of the railway workers, yet they were in the majority – there are about 38 % of the strikers out of the approximately 150 000 employees of the group.

If Roman continues to roll, it does not support for all the railway reform, which it considers ” harmful to employees as it is for the users “. But with his divorce underway, the conductor cannot “just not [to] allow” to be a striker. “I pass for a yellow,” regrets, bitter, the one who has made up to three weeks of strike in the past. But the social struggle has a cost : “90 euros per day. “

“You have to be selfish, especially because, there, the reform will not take me to me, in concrete terms,” says Roman, a driver for 41 years.