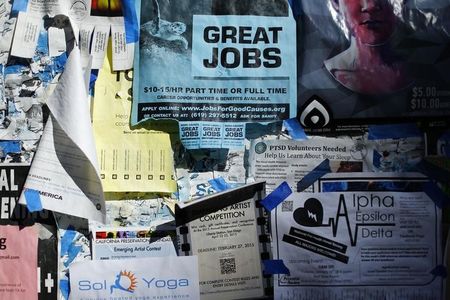 In a note published yesterday, Michael Wilson, analyst at Morgan Stanley (NYSE:MS) has estimated that it may already be too late to avoid a recession in the United States, even if the Fed lowers its rates this summer, as provided for in widely the market.

“The rate cuts from the Fed may come too late,” he said, believing that ” the Fed could lower rates as early as July, but failed to stop the slowdown or the recession. “

The economy is already facing “macro-economic risks although the real” , in particular the lack of data on employment (shown by the report of the NFP largely disappointing published last Friday), the weakness of inflation and the escalation of trade tensions with the United States, according to Morgan Stanley.

It considers in particular that, given the “decline in the rate of inflation and the inability of the Fed to achieve its target of 2 %” and trade tensions that weigh on business confidence, lower interest rates from the Fed will not prevent a weakening of the economy.

Morgan Stanley has revised its forecast of global growth ” to “stagnation” until the end of the year instead of ” continuing recovery “.

He also warned against the positive impact is potentially limited future rate cuts by the Fed in the equity markets.

“The enthusiasm of the investors towards the idea of a policy easier of the Fed is understandable,” said Wilson.

“However, if the Fed were to lower its rates due to concerns about the job market, we do not believe that this will be a buy signal for shares. Until the employment situation is clearer, we believe that the recovery from Friday would fade away and that investors should continue to stay on the defensive. “

Wilson has also stated that it was necessary to keep ” one eye careful on the values of growth, highly valued, which are now more likely to disappoint earnings estimates due to macro-economic risks “.