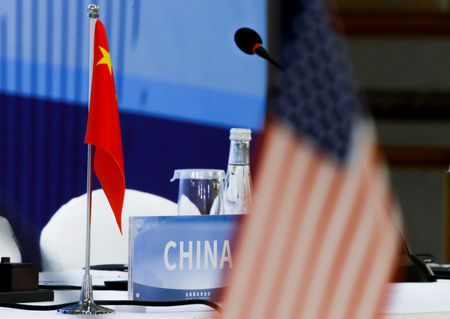 When considering the retaliatory measures that China could apply in its trade war with the United States, we obviously think about the tariffs, but this response has its limits, since China is importing a lot less of the products US that the United States will not important to chinese products.

Some raised the possibility that China, the largest foreign buyer of US debt, can get rid of a part of the Treasury bills it holds, but this could prove just as damaging to alle-same as for the United States.

And the reasoning is more or less the same in what concerrne a devaluation potential of the Yuan.

However, there are for China another way to wear a hard hit strategic the United States : to Limit its exports of ” rare earths “, the indispensable raw materials of certain industries, and for which China is the largest producer in the world.

This option has gained credibility this week, after the chinese president Xi Jinping has visited a production plant.

This visit has in fact been considered by Yang Kunhe, an analyst at Pacific Securities Co as ” a warning signal to the United States, according to which China might use rare earths as a measure of retaliation, while the trade war intensifies “.

And evidence that this option could actually wear a hard blow in the United States, a report by the U. S. Geological Survey has designated the last year 35 minerals as critical to the US economy and national defence, underlining the country’s dependence on imports for more than half of them.

Let’s point out what are rare earths and why they are essential, as well as on how China could use its dominance of rare-earth production in the framework of the trade war.

The rare earths are called “rare” because they generally exist in nature in the form of compounds melted with other metals. The refining and extraction in quantities that are commercially viable are costly activities, especially in jurisdictions that have strict standards relating to the environment, since this activity is also particularly polluting.

The glass industry is one of the largest consumers of rare earths, where the compounds are used for polishing and as additives to give color or to add optical properties special.

The cathode-ray tubes and flat panel displays are also concerned in the first plan by the rare earths.

But above all, it should be noted that the system of air defense missile Patriot of Raytheon uses circulators, radio-frequency, for controlling magnetically the flow of electronic signals in the radars and the missiles. The rare earths are here also widely used, with a direct link to the delicate topic of national security US…

To summarize, many, many, many strategic industries are affected by the consumption of rare earths.

The United States has been the world’s largest producer of rare earths for decades, until the 1980s. Since the chinese government has undertaken a concerted effort to exploit the reserves of rare earth country, China has accounted for more than 90 % of global production, according to the US Geological Survey.

Last year, China mined about 120,000 tonnes of rare earth elements, accounting for approximately 71 % of world production, following an increase of the production in the United States, according to the Geological Survey.

The Mountain Pass mine in California is the only american producer of rare earths. It closed its doors in 2015 after the bankruptcy of its operator, and was sold to an american consortium backed by the chinese company’s Shenghe Resources Holding company two years later. It has resumed its production last year and shipped production to China for refining.

China is also by far the largest exporter to the United States, with 59 % of the 155 million us dollars for rare earth elements that the United States imported last year, according to data from the american Commission of the international trade.

In 2010, a feud diplomatic erupted after a fishing trawler chinese had collided with patrol vessels of the japanese coast guard near the island disputed Diaoyu, known as the Senkaku in Japan.

China has reduced in the context of this conflict, the export quota of rare earths, which depend on japanese auto manufacturers such as Toyota (T:7203) and the manufacturers of the batteries as the unit is Panasonic’s (T:6752) Matsushita Electric for their vehicles and electric batteries.

Therefore, there is a previous chinese side as regards the use of restrictions on the rare earths as a tool of pressure and retaliation.

Therefore, it is not excluded that China may come to use this strategic option in the face of the United States, and US industry is clearly not ready to move out of rare earths chinese…

The activity of mining rare earths is costly, difficult, and dangerous, and poses serious environmental problems due to radioactive waste and chemical products.

Thus there is little chance that the United States will succeed in developing supply circuit alternative, or begin to produce locally in time to prevent any interruption of supply, if China decides not to export its rare earths to the US in the short term.

In this case, the trade war could take a whole different turn, and the wrath of Trump up to a whole other level…

In fact, the use of rare earths in the defense industry makes US a potential limitation of exports chinese a strategic problem, which could definitely play a role in the trade negotiations between the two largest economic powers of the planet.