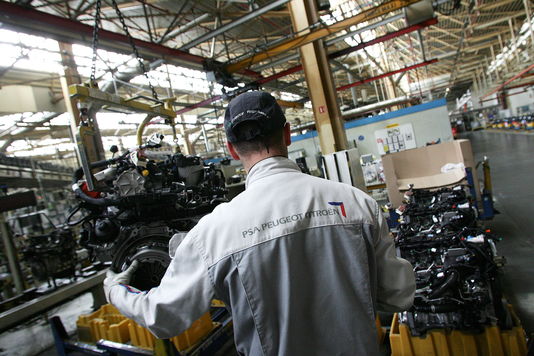 Doomed – like all automobile manufacturers to offer in the coming years, the range of electric vehicles or electrified, PSA had not, until now, not found other solutions than buying engines all made to equip its cars. This perspective has now changed : the French manufacturer announced on Monday 4 December, the creation of an alliance with Leroy-Somer, a subsidiary of the conglomerate japanese Nidec, in order to design and manufacture its own electric motors.

The partnership takes the form of a joint venture in equal shares “in charge of the R&D, manufacturing and marketing of electric motors for traction at the best level of the market, mainly for PSA group, but also for other manufacturers,” says the press release announcing the signing of the agreement.

“The goal is to move to a new strategic step which allows us to master and control, through this partnership, the electrical machinery,” explained Patrice Lucas, executive vice-president of the PSA responsible for programs and strategy, at the presentation of the joint venture. The initial investment of 220 million euros goes hand in hand with the creation of 100 jobs in R&D (a third of which came from PSA, a third of Leroy-Somer and the rest recruited from outside). To this is added the employment of 400 people, which will produce 900 000 engines from 2022.

Old glory French industrial based in Angoulême, the partner of PSA is a lot less japanese in appearance.

The group for the four brands (Peugeot, Citroën, DS, Opel) plays the game of “made in France” in this case. The company will locate the headquarters of the joint venture and the activity of research Careers-sous-Poissy (Yvelines), where are already designed all the engines of the PSA. With regard to the production, it is expected to start in 2022, at the plant of Trémery (Moselle), that now produces the majority of engines…