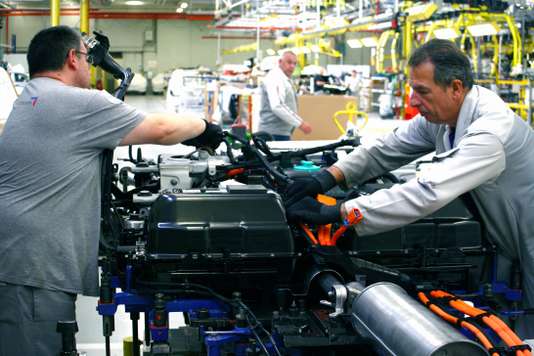 It is a great gap power that PSA is about to cross in the coming months. And the French group for five brands (Peugeot, Citroën, DS, Opel, Vauxhall) would like to know. The group has presented to the press, Thursday, 20 September, its industrial strategy around the technology of plug-in hybrid vehicles, a mode of motorization that no French manufacturer had not explored up until now. From mid-2019, and until January 2020, five iconic models of the new PSA will have their electrified version called the PHEV (Plug-in Hybrid Electric Vehicle) to resume the acronym anglo-saxon in vogue in the automotive industry.

At any lord, all honor, the DS7 Crossback – one of the official cars of the president Macron – will be the first model to be marketed in a version plug-in hybrid, in September 2019. Then will come the Peugeot 508 and 3008, Opel Grandland X and the Citroën C5 Aircross by 2021. “We have decided to offer our customers an electrified version of all our new models as soon as next year. And from 2025 onwards, this will be the full range of our brands, including older models, which will have an electric version, ” said Alexandre Guignard, director of the department vehicles, low-emission group.

This order of battle industrial double an offensive institutional on the eve of the presentation of the budget to 2019. Representatives of PSA have called for the State to re-create a bonus with the purchase of a plug-in hybrid, the public aid of € 1,000 per car in 2017 that have been removed this year. “We advocate for an incentive of 2,000 euros per vehicle, says Laurent Fabre, a delegate public institutions of PSA. According to our estimates, the cost to the public finances are expected to be approximately $ 40 million. “

Burst of sedans and SUV

This supplication to the power of the public, argues…